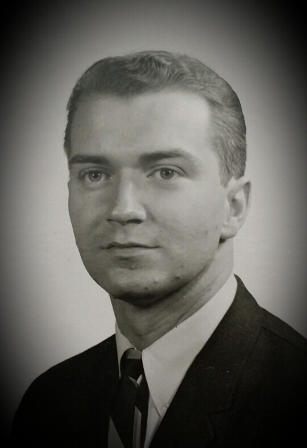 Gerard Vincent Hartley August 14, 1935 – June 2, 2014 Gerard "Jerry" Vincent Hartley aged 78 of Torrance, California passed away on June 2, 2014, surrounded by his children. Jerry was born on the 14th of August, 1935 in Queens, New York to Robert and Mary Hartley. Jerry attended La Salle Academy in NY, NY for his college preparatory education. Following La Salle, Jerry worked as a sales clerk in a Haberdashery in Queens, NY to help fund his college education. Jerry attended St. John's University in Queens, NY and earned a Bachelor of Science Degree in Economics in 1958. After graduating from St. John's, Jerry served as a private in the U.S. Army. Jerry was married to Alicia Lenore Hartley (R.I.P. March 25, 2012) for 47 years and spent the first 20 years living in Upstate New York followed by nearly 30 years residing in Southern California. Jerry is survived by his older brother, Robert Hartley of Beverly Hills, Michigan and three children, Keith, Ryan and Mara. Jerry was the proud grandfather to seven grandchildren and would passionately attend and support all of their various youth athletics in recent years. Jerry will be remembered as an exceptional businessman, a loving father and grandfather and a friend of many. His charisma and outgoing personality was a continual thread through his entire life. He filled many a room and moment with joy (and never left a joke or story untold). Jerry will be missed deeply but his joy of life will continue eternally. A memorial mass will be held in Jerry's honor on Monday, June 9, 2014 at 1pm, St. Lawrence Martyr Catholic Church, 1900 South Prospect Avenue, Redondo Beach, CA 90277. In lieu of flowers, donations can be made (on behalf of Gerard Vincent Hartley) to The Knights of Columbus (Council 1990), Redondo Beach, CA, 90277. www.kofc1990.org.