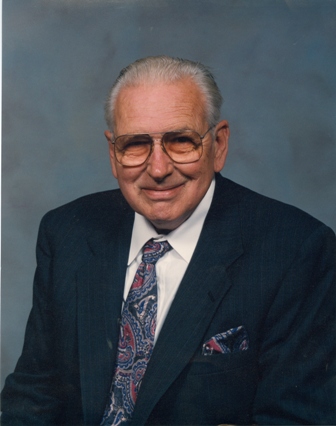 GERARD HERBERT O'NEILL 9/25/1929-5/7/2012 Gerard was born in Mineola, New York to James Michael O'Neill and Ida Frances Havens. He is pre-deceased by older brother Charles, older sister Ellen O'Neill Curcio, and younger brothers George and Patrick. He is survived by his younger sister, Virginia Rose O'Neill. After completing high school, Jerry worked his entire career in the aircraft industry as a structural assembler and quick-fix mechanic. He started in 1951 at Republic Aviation in Farmingham, NY before moving to California, where he worked for Convair in 1957, Rohr Aircraft until 1958, North American (Rockwell Corporation) until 1965. He joined McDonnell Douglas Aircraft Company (later became Boeing) in 1965 and worked until his retirement. He had love for airplanes of every kind, in younger years built models as a hobby, and attended air shows. He was able to identify most planes flying overhead by the sound of the engine. His other hobbies included restoring old televisions (with tubes), and tinkering with electronics. He enjoyed wagering horseracing, which for him was an exercise in statistics and odds rather than gambling. In his youth, Jerry learned fighting skills and was often called upon to defend others who were being harassed. He loved to roller skate and met his wife, Elinor Rogers on a blind date at a roller-skating rink. Jerry's life was centered around his family. He and Elinor were married on August 11, 1951, and they quickly started their family life together. Their daughters, Kathleen and Colleen, were born in Levittown, NY. The family moved to southern California in 1957. Their children, Maureen, James, and Timothy are native Californians. Jerry and Elinor ultimately settled in Hawthorne to raise their children. Together, they passed on their values of education, hard work, responsibility, and compassion; wanted more for their family than they had received. A devout Catholic his entire life, Jerry remained faithful as a man who put his belief into action. He was an active member of the Knights of Columbus for many years, and later joined the Secular Franciscan Order. He lived these ideals, as exemplified by his personal commitment to reduce his personal needs in order to share spiritual and material goods with others, especially those most in need. He lived very simply, was always ready to serve, always giving. Jerry's sense of humor was infectious, and he always had a joke to tell. He enjoyed watching Laurel and Hardy, but his favorites were the original Three Stooges. His taste in listening music ranged from Big Band and Classic Jazz to popular. He was a Beatles fan in the day. He loved listening to piano music, and an all time favorite was Jackie Gleason, the musician and comic. He also played the harmonica for many years. He is survived by his wife, Elinor, his children, Kathy, Colleen, Maureen and her husband Bob, Jim and his wife Renee, and Tim and his wife Daria; and his thirteen grandchildren who loved him to the end and will miss him so much.