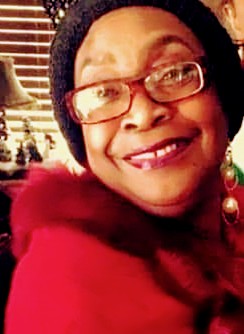 The place was Thomasville, Alabama. The date was August 4, 1946. Geraldine Drinkard, better known as “Geri” or “Neal” was the third child born to Jacob and Mary Lee Drinkard. From a young age, Geri had ambition and a fire within her that pushed her to always strive for more. She graduated from Mobile County Training School in 1964 and began working to provide for herself and her family.

In 1969, her cousin Betty was the inspiration behind a major life change. Betty traveled west with Geri’s youngest in tow influencing Geri to make the courageous move to Los Angeles, California. She built and sustained countless friendships in California. She enjoyed life to the fullest but also had the strive and determination to accomplish her career goals. She maintained a successful career at Prudential where she met several of her lifelong friends. After 30 years of hard work and dedication, Geri retired and found joy in the ability to devote more time to friends and family. She enjoyed every holiday and treated every birthday like it was a holiday in its own right. Some of her favorite past times included playing BINGO, socializing with family and friends on social media, traveling, and the simple pleasure of soaking in as much sunshine as possible. She enjoyed listening to her favorite blues singer, Buddy Guy, and reminiscing on the memories of the good old days.

Geri was the rock and pillar of her family and laid a foundation of strength and perseverance for her children and her grandchildren. She fought and overcame many health issues throughout her lifetime and won each battle and came out stronger than before. Geri was a survivor and the strongest soldier. Triumphant twice in battle with cancer, a brain aneurism and ailments that befell her. She faced each one with the armor of God, shield in hand, yielding a sword smiting whatever came her way. Such as she did in life. Never allowing anything or anyone to keep her down.

On September 16, 2021, Geri passed away peacefully surrounded by her daughters. She was preceded in death by her parents, Jacob Drinkard and Mary Lee Drinkard, five of her siblings, and numerous family and friends who gained their wings before her. She leaves to cherish her memory, her two daughters, Valerie and Mary Drinkard; two sisters, Ola Duncan (Thomas Duncan) and Dorothy Drinkard and two brothers Fred Carter (Bernadette Carter) and James Drinkard (Yolanda Drinkard); her four grandchildren: Marcel, Ashley, Denni, and Alex; three great-grandchildren and a host of nieces, nephews, cousins and friends. Our Geri will be greatly missed.