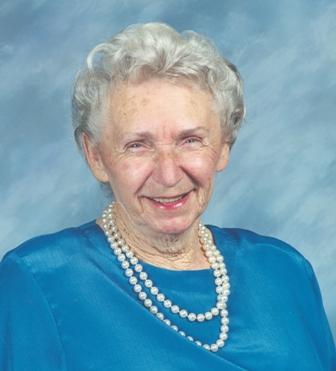 Geraldine Christie, a 65 year resident of Hermosa Beach, passed away on Monday, March 5, 2012. Born in Faribault, MN, Gerry was 84 when she died. Gerry was an active member of St. Cross Episcopal Church. In her 63 years at St. Cross, Gerry was involved in the AIDS ministry, Neighbor to Neighbor, Sunday school, and Sociable Seniors. She may be best remembered as the costume designer/creator for the annual Christmas pageants from the 1950's into the 1970's. Gerry was very involved in the PTA and always worked the various elections. She loved animals, gardening, and sewing. She was talented in her artistic abilities. Gerry is survived by daughter, Pamala (Ron) Baima of Templeton, CA; son, Harry Christie of San Pedro; and daughter, Susan Christie of Hermosa Beach. She is also survived by three grandchildren and six great-grandchildren who referred to her as Ping. She is also survived by her sister, Sandra Young of Huntington Beach and many nieces and nephews. She was preceded in death by her husband, Steve, parents, Daisy and Harry Waite, and her sister Cleo. A gathering of family and friends will be held at White and Day Mortuary in Manhattan Beach on Thursday, March 8 from 4:00 pm until 8pm. The Service will be held at St. Cross Episcopal Church on Friday March 9 at 10:00 am.