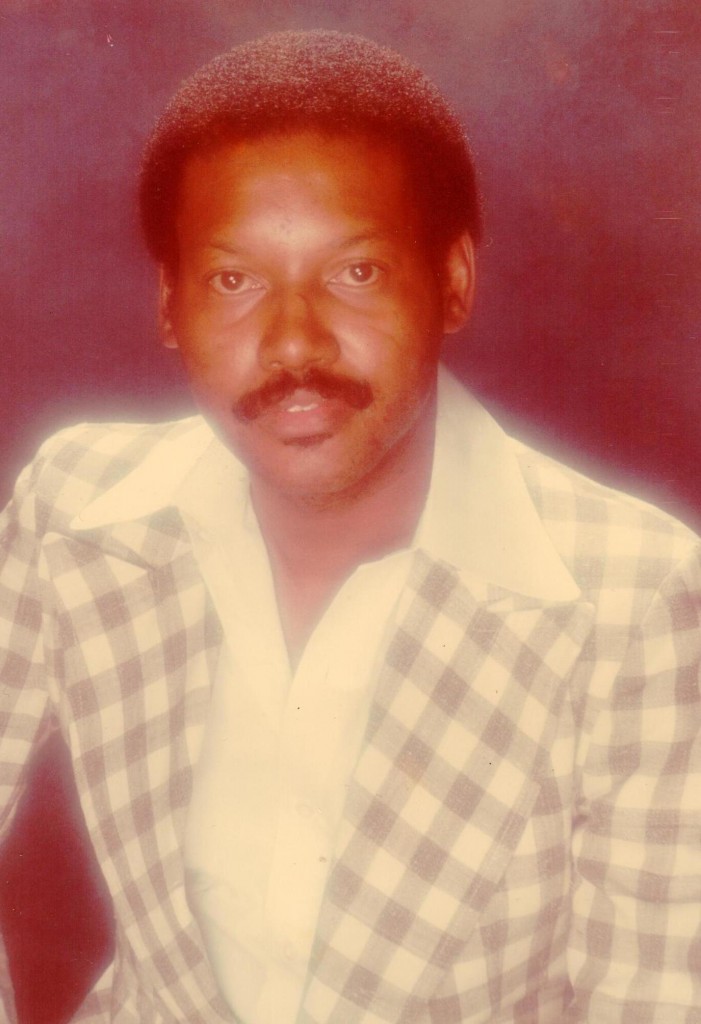 “POTTEA” Gerald Lewis White Gerald Lewis White, affectionately known to many as “Pottea,” was born of January 10, 1944 in Beaumont, Texas. He was the eldest of six children born to Willie Lewis White and Ethel Mae White. In 1946, his family and a host of relatives migrated to Los Angeles to explore new careers and opportunities. As a child, he lived on the east side and knew everybody on the street. He was educated in the Los Angeles Unified School District and later attended John Muir Junior High where he developed childhood relationships that have lasted a lifetime. Gerald graduated from John C. Fremont High in 1962 and was well known among his friends and peers. Gerald had an outgoing personality, he had a good memory and was a people person. He loved a good conversation and was an avid lover of sports and current events, which made the profession he chose as a barber perfect for his personality. During the early sixties, “Pottea” was a well-known barber in Los Angeles. His professional expertise was known among athletes and celebrities, as shown by his extensive client list. Pottea was one of the original “Magnificent Brothers,” a popular barber shop located in the Crenshaw area during the sixties and seventies. The Crenshaw area and Baldwin Hills was the place to be for night clubs, developing friendships and hanging out at the barber shop. Gerald, though never married had two children, Anthony Hurd and Stephanye White. He loved to brag about his kids, grandkids, nieces, and nephews and was very proud of their accomplishments. After leaving Magnificent Brothers, Gerald worked at several barber shops in the Hawthorne and Inglewood area until he retired in approximately 2008. Gerald enjoyed being with friends and family for dinners, parties, and celebrations. He came from a family that loved to celebrate just about any event and everybody was always welcomed. He had an excellent relationship with his siblings and had strong family ties. He loved listening to Jazz, “Old School” music, and playing the daily three and fantasy five at Bluebird on a regular basis. Pottea was a product of the sixties. Many who knew him shared memories of a man who liked to dress. Pottea wore suits for all occasions, to the store, the bank, and even for doctor’s visits. He loved to reminisce about “back in the day” when he hung out with his friends from school and the Slauson’s, a familiar club during that time. During the last years of his illness Gerald was steadfast about his recovery and remained optimistic. Every time someone would pick him up, he would come out of the house with a suit on, day or night and say, “How do I Look?” As a child, Gerald was raised as a Baptist, however, later in life he began to practice the Muslim faith; his Muslim name was “Jubair” meaning counsel or brings together. Gerald enjoyed a life full of memories and joy. As a family, we had the opportunity to share in that joy and memories with him. On Saturday, January 27, 2018, he was called to rest. Pottea will be missed but never forgotten. He was preceded in death by his parents and one sibling, Brenda Joyce Washington. He leaves to cherish his memory two children, son Anthony Hurd (Paulina), daughter Stephanye White, sister Karen Horton (Charles), sister Gloria Jeter (Gene), brother Michael White (Cynthia), brother David White (Gaynelle), two grandchildren Amber Hurd and Kennedy Hurd, two cousins that shared special memories with him, Jewel Marshall and “Kitty” Lee, and a host of nieces, nephews, cousins, friends, and extended relatives.