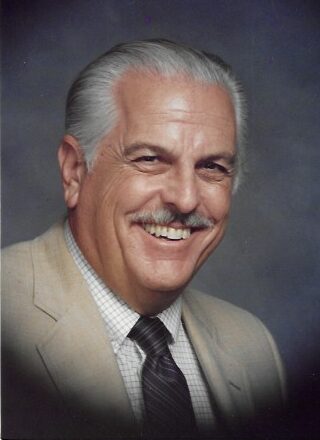 Jerry married the love of his life, Eileen Donohue (IHS class of 1947) in 1950 and together they raised three children:  Dennis, Gail and Chris.  In July of 1950 he enlisted in the U.S. Navy, trained at Camp Pendleton as a Navy Hospital Corpsman, and served with the 1st Marine Division, Fleet Marine Force, in the Korean War from 1952 through 1954.

Post-war Jerry and Eileen moved to Torrance to raise their family and he joined the Torrance Police Department where he served for 29 years.  Upon retirement he continued to serve his community on the City of Torrance Traffic Commission and on the board of directors for the Torrance City Employees (now Torrance Community) Credit Union.  Jerry was a 59 year member of the Torrance Elks Lodge #1948.  In his leisure time he enjoyed gardening, photography, travel and spending time with his family.

In lieu of flowers, please consider a donation to the American Heart Association or your favorite charity.