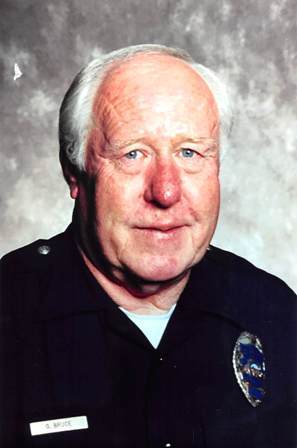 Gerald Bruce "Jerry" passed away September 29, 2016 at home in Cerritos, California. He was born June 3, 1939 in Gardena, California. The first of three sons to Barbara and Vern Bruce. Jerry graduated from Gardena High School and worked as a reserve and security office before becoming a Gardena Police Officer where he received the Medal of Valor April 7, 1983 for rescuing a traffic accident victim that was pinned in a burning car and engulfed in flames moments after he got her out. Jerry "The Vike" was a proud member of the police department as a training officer and retired after 30 years of service. Jerry has always been good with his hands building WWII large scale RC model airplanes, detailed cockpit kits and helicopters. He loved camping and fishing. Even after retirement at the ripe old age of 70 "The Vike" was still heroic when the house next door to his exploded from a gas leak and he entered through a broken window and pulled out a woman to safety from a burning house. He was given an award of bravery from the City of Cerritos and he was so humble and didn't understand what all the fuss was. Jerry was a humble, down to earth hero, a son, a father, a brother and a grandfather. He was a down to earth no frills guy. Jerry leaves behind his wife Sharon, daughters Michelle and Melisa and grandsons Jacob and Christian. He is also survived by his brother Ron, nephew Paul and "Favorite" nephew Brian, nieces LeAnna and Selene and son-in- law Greg. Rest easy Vike.