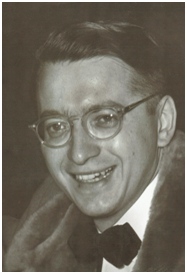 George W. Schaffer passed away peacefully on January 8th, at his home after a short illness. Born on December 13, 1922 in Minneapolis, MN, he graduated from high school in Minneapolis. During WWII he was stationed in Hawaii while serving with the U.S. Army Signal Corp. After being released from the service he attended the University of Minnesota, graduating in 1949 with a degree in electrical engineering. In 1950 he married the love of his life, Elizabeth Robertson. They would live in several different areas of the country before settling in Southern California in the late 1950's and moving to Rolling Hills Estates in 1965. Over the years, George worked for various aerospace companies on many different projects including the Apollo program in the 1960's, before retiring in 1987. He also was a Realtor and was affiliated with Roberts Realty in the 1970's and 80's. George was an avid bridge player, crossword puzzle solver, gardener, reader for the blind, and art student, enjoying photography, printmaking and painting. He is preceded in death by his wife of 51 years, Elizabeth. He is survived by son David Schaffer and wife Heidi Erickson of Lincoln City, Oregon and by son Denis Schaffer and wife Debbie of Huntsville, Alabama; grandchildren Kevin, Kristine, and Kelly Schaffer also of Huntsville and granddaughter Kathleen Schaffer of Atlanta, Georgia and many nieces and nephews. He will be lovingly remembered by all who knew him. He was much loved and will be greatly missed. A celebration of George's life will be held on January 28th at his home. In lieu of flowers, contributions may be made to the Red Cross.