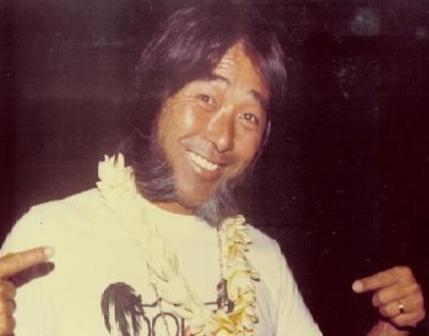 George Osaki, a loving father and grandfather, passed away peacefully at home on December 13, 2012. George was born in Honolulu, Hawaii on March 21, 1935, and served in the military during the Korean War. George was an accomplished graphic artist, studied at The Chicago Art Institute and later moved to Southern California where he enjoyed a long and distinguished career at Capitol Records and MCA Records. George worked closely with many artists such as the Beatles, the Who, Olivia Newton John, Elton John and Lynard Skynard. George was kind, generous and a free spirit who was loved by everyone who met him. He was a Hawaiian at heart. George was a dedicated fan of the Giants, the Yankees, and NASCAR. George is survived by his daughters Diane (Dina) Osaki, Kari Moore and Keli Osaki, his grandchildren Jade Bryant, Noa Bryant and Taylor Williamson, and his siblings Karen Ushijima, Allan (Itchie) Osaki and Cynthia Fujinaka. A celebration of his life will be on Saturday, December 22nd from 11:00a.m.-3:00p.m. Portofino Hotel and Marina Bayside Ballroom 260 Portofino Way Redondo Beach, CA 90277 (310) 379-8481 www.hotelportofino.com Formal attire is not required; dress as you would like. We will have a short, informal service and celebrate his life by sharing stories, looking at his pictures and enjoying food and drink together. George will be cremated. In the spring, we will spread his ashes in the ocean in Honolulu, Hawaii where he will be back home again. In lieu of flowers, donations can be made to: Ikaso Foundation-in support of autism and the arts A special fund will be created to share his love of music and art with children with autism. c/o Arrowpoint Partners 100 Filmore Street Suite 325 Denver, Co 80206 Or Best Friends Animal Society 5001 Angel Canyon Road Kanab, Utah 84741 Or via email at www.bestfriends.org