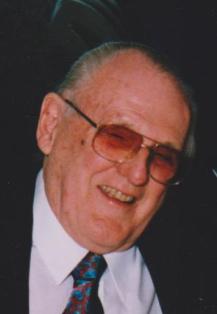 George N. Beaton, Jr. George passed away peacefully on December 10, 2011 at Torrance Memorial Hosp. just short of his 91st birthday. He was born in Boston, MA on January 22, 1921. The majority of George's childhood years were spent in Auburn and Portland, Maine. His early interests in model planes, electronics, amateur radio and cars would lead to his future college education and career choices. George received his AB degree from Dartmouth College, New Hampshire in 1942. After moving to Burbank, CA in 1943 to work for Lockheed, George chose the opportunity to enlist in the US Navy where he collected many treasured memories of new friends and travel. After his return from the Navy, George enrolled at Dartmouth, Thayer School of Engineering to receive his MS in Electrical Engineering, graduating in 1947. While working at NACA in Virginia from 1947-52, George met the love of his life, Joan Herwig (Pottsville, PA). The two were married in 1952 and honeymooned with a driving trip out to Southern CA where George had a job at Hughes Aircraft Co. in Culver City. He served as the Director of Product Effectiveness for the Radar Systems Group at the time of his 32 yr retirement in 1984. During George's life, one of his main pleasures was living next to the ocean where he enjoyed many hobbies especially running, surfing, bicycle riding and photography to name a few. In 1960 George moved his family to Palos Verdes Estates where he lived for the rest of his life. He enjoyed local politics and served as a City Councilman and Mayor Pro Tem from 1967-1976. George and Joan's retirement years were filled with many memorable cruises and traveling throughout the world. George leaves behind his loving wife of 59 years, Joan, daughter Lynda (Doug) Hannah and granddaughters Kimberley and Loren Hannah. In lieu of flowers, donations may be made to St. Jude's Research Hosp. or your favorite charity.