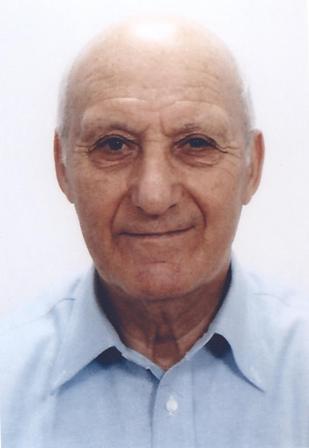 George Lambropoulos passed away October 8, 2013, after a yearlong battle with cancer. He was 81. He departed peacefully in Pasadena, CA, with family at his side. He was beloved and respected for his decency, sense of humor, strong sense of family, work ethic and loyalty. George was born in Skillountia, Greece, and immigrated to the South Bay in 1962. After initially working as a merchant mariner and restaurant worker, he went on to work as a machinist at Todd Pacific Shipyards in San Pedro, CA, for 16 years. He then worked at Luthi Machinery & Engineering in Gardena, CA, until his retirement. He was married to Eleni Panagiotopoulos for 32 years. George is survived by his sons: Dinos Lambropoulos and Themis Lambropoulos; and three siblings: Lambros Lambropoulos, Adonis Lambropoulos and Nitsa Nikolakopoulos. Services will be held on Tuesday, October 15, 2013 at 11:00 AM at St. Katherine Greek Orthodox Church in Redondo Beach, CA. Burial will be private. In lieu of flowers, family asks that donations be made to St. Katherine's Building Fund 722 Knob Hill Avenue, Redondo Beach, CA 90277 in memory of Mr. Lambropoulos.