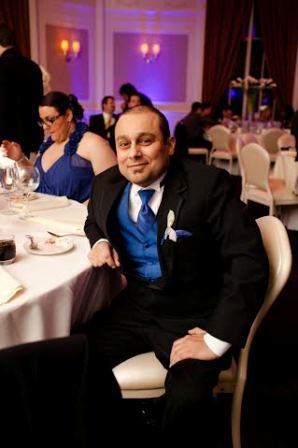 The Lord acquired a new angel into the Kingdom of Heaven on the evening of Thursday, October 30th. George Delis was a life-long resident of Redondo Beach. He was born on February 20, 1979 and was a devout Greek Orthodox Christian. He graduated from Redondo Union High School in 1997. George enjoyed cooking and working on cars and motorcycles. He had a passion for dirt bikes. He loved hanging out with his family and friends and would do anything for them. He fought like a true super hero, battling cancer and many subsequent ailments for over 14 years. He is survived by his parents, Elias "Louis" and Helen Delis, his siblings Nick, Steve, Sam and Mary Delis, his sisters-in-law Patty, Lisa, and Jayelyn, and his nieces and nephews, Bryleigh, Eli, Niko, Taso, and Christiana. George was the epitome of strength and courage fighting his battle against cancer without uttering a single complaint and always staying positive. He will forever be a role model to those that will battle cancer for the strength and attitude he exhibited in his fight. May his memory be eternal.