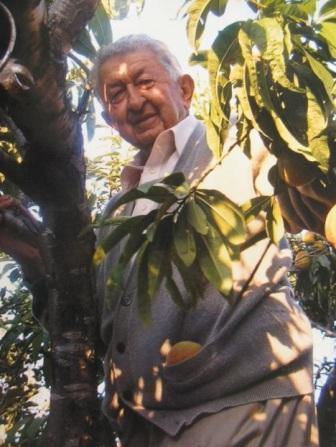 Dr. George C. Emmanouilides peacefully passed away at home on January 29, 2013, surrounded by his family. "Dr. E.", as he was affectionately known by countless patients, colleagues and friends, spent his long and productive career as Professor of Pediatrics at Harbor-UCLA Medical Center in Torrance, CA. Born to refugees in the village of Kyria in Northern Greece, he was the eldest of six brothers and a sister. On his own, and with little grasp of the English language, he came to the United States in 1955, after attending medical school in Thessalonica. He interned at Oak Park Hospital near Chicago, and completed his pediatric residency in Philadelphia at Hahnemman Medical College. At Children's Hospital of D.C., he had fellowships in pediatric hematology and pathology and then began his career in pediatric cardiology at the Hospital for Sick Children in Toronto. Through a National Institute of Health traineeship at the UCLA School of Medicine, he earned a Master's degree in Physiology and in 1963 was appointed to the UCLA Faculty at the newly opened Harbor General Hospital in Torrance. Teacher, researcher and clinician, his professional interests focused on fetal, neonatal and cardiovascular physiology and clinical pediatric cardiology. He was the first to introduce the use of an umbilical catheter to diagnose cardiac defects in the newborn infant. Board certified in Pediatrics, Pediatric Cardiology and Neonatology, he co-edited the 2nd, 3rd, and 4th editions of Heart Disease in Infants, Children and Adolescents, the primary textbook of pediatric cardiology, and served as senior editor of the 5th edition. In addition to two books, he was first author on more than 100 papers in his field. Over the years, he lectured in Iran, Japan, Hungary, Romania, Colombia and throughout the United States. Countless children, families and physicians have been impacted by the clinical work and research of Dr. E. In 1980-82, he was elected Chair of the Cardiology Section of the American Academy of Pediatrics and in 1995 became a Corresponding Member of the Academy of Athens, a most significant honor for any Greek scholar living abroad. Other honors he received include the Sherman Mellinkoff Award given to the UCLA School of Medicine faculty member "whose teaching best exemplifies dedication to the art of medicine and the physician-patient relationship," the Founders' Award of the Cardiology Section of the American Academy of Pediatrics, and the Distinguished Physician Award from the Hellenic Medical Society of New York. In May 2004, the Research and Education Institute of Harbor-UCLA Medical Center initiated an Annual Award for those physicians who have become legends in their particular specialties. Dr. E. was among the first seven scientists included in this group. As chair of the Scholarship Committee and first president of the Hellenic American Medical and Dental Society of Southern California, he was proud that the Society granted scholarship aid to over 100 deserving medical and dental students of Hellenic descent. Since 1963, Dr. Emmanouilides was an active and faithful parishioner of St. Katherine Greek Orthodox Church in Redondo Beach, occupying his regular place in the pews—always on the right, not too close to the front. He is survived by his wife, Akrevoe, whom he met on a bus 55 years ago. He is also survived by his five children—Nicholas, Elizabeth, Christopher, Martha and Sophia—and four grandchildren—Anastasia, Nika and Chloe Linn, and Isabella Emmanouilides. In lieu of flowers, donations may be made to the George C. Emmanouilides Education Fund (c/o Department of Pediatrics, Harbor-UCLA Medical Center, Box 19, Torrance, CA 90502) or the St. Katherine Building Fund, 722 Knob Hill, Redondo Beach, CA 90277).