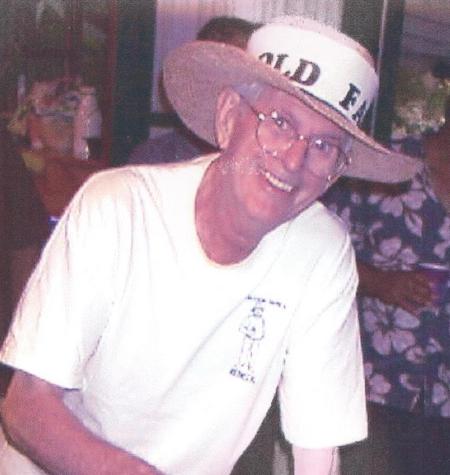 George Andrew "Andy" Peck, an 8 year resident of the South Bay, departed this life on Friday, July 12, 2013, surrounded by his family. Born on September 1, 1927 in Okmulgee, OK, Andy was 85 when he died. Andy served in the Air Force for 27 1/2 years as a Nuclear Munitions Expert, during World War II, the Vietnam War, and the Korean Conflict. While in the Air Force and stationed in Maine, he earned a Bachelor of Business Science Degree from the New Hampshire College of Accounting and Commerce. After his retirement from the Service, Andy spent 16 years as a Revenue Agent for the IRS. He was a member of the VFW and the American Legion, serving many times as a delegate at the State Convention. Andy's passions in life were football, especially his beloved OU Sooners, his Country, bingo and poker. But most of all he loved his family. Andy is survived by his daughter, Sammie (Alan) Alvarado of Torrance, CA; and three grandchildren: Chloe, Shane, and Brady. He was preceded in death by his parents, O.K. and Sammie-Lea Peck; and the love of his life, his wife of 33 years, Tsuneko "Yumi" Peck, whom he met while stationed in Japan. The Service will be held at Lighthouse Memorials & Receptions, McMillan Center in Gardena on Saturday July 20, 2013 at 1:00 pm with a Reception to follow. Burial will take place at Riverside National Cemetery in Riverside on Monday July 22 at 11am. In lieu of flowers, donations may be made to the American Cancer Society.