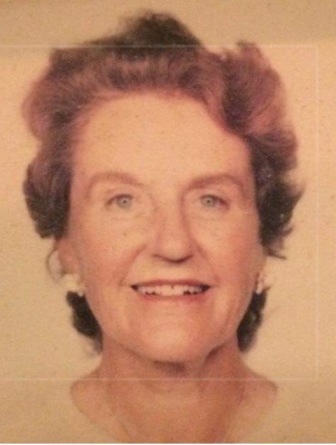 October 22, 1918 - July 10, 2016 Genevieve O'Connor Carlisle was born on October 22, 1918 on the family homestead near Pompey's Pillar, Montana. Eventually, the family gave up the difficult farm life and moved to Red Lodge, Montana, a place she remembered with great fondness. She left Montana to attend the University of Chicago and finished her degree at the University of New Mexico. It was there that she met and married Lt. Jack Carlisle, who was stationed at Kirkland Air Force Base where she was employed. They moved to California after the war where they designed and built their home in Redondo Beach, where she lived for 68 years. It was there that she raised her three daughters who were devoted to her. At various times, she taught school, ran two different businesses and pursued a Master's degree. She was a life-long learner. She helped found the Palos Verdes Chapter of the "Great Books" discussion group in the 1950's which continues to this day. She loved to travel, play bridge, camp and hike and spend time with her family and friends. A few years after the death of her husband of 50 years, she met another lovely gentleman, Ken Norris, who was her companion for 16 years. She lived independently until the age of 95. She was able to remain in her own home with the help of her oldest grandchild, Julia Burke, her daughter Teresa Rankin and her youngest granddaughter Hannah Rankin who provided loving, wonderful care. Her two other granddaughters, Rachel Courteney and Suzanne Paine, also contributed to her care. It is a testament to her loving and grateful attitude that made caring for her a pleasure. She died peacefully in her own bed on the morning of July 10, 2016. She is survived by her three daughters, Anne Paine (Frank), Teresa Rankin (Clyde), and Catherine Carlisle (Doug), seven grandchildren, eight great-grandchildren and two great-great-grandchildren. In lieu of flowers the family would be most grateful for a donation to Heal the Bay, 1600 Ocean Front Walk, Santa Monica, California 90401 The funeral service will be held at St. Lawrence Martyr Church in Redondo Beach on Tuesday, July 19th at 7:00pm with a reception to follow.