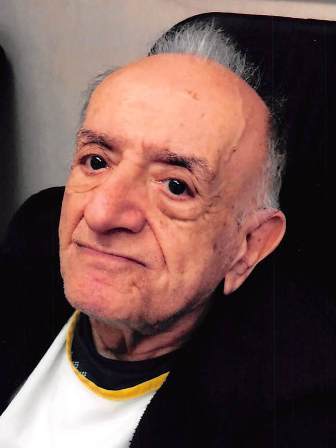 Gaspard Kasparian, a 30 year resident of Redondo Beach, California passed away on Tuesday December 13, 2016 at Palos Verdes Health Care Center in Lomita, California. Born in Beirut, Lebanon, on August 30, 1925, he was 91 when he died. He was loved and respected by his family, friends, colleagues and caretakers. He was a self-made businessman who worked very hard and became the CEO of the affiliate company of Schenkers International Forwarders Inc. from Germany. At 62 years of age, he moved the family to California in the United States of America in 1987, where he continued to work for the same company. Gaspard loved reading and keeping up with the world news. He was passionate about his family and was an excellent father and husband to his beloved wife of 53 years, Marie Kasparian. He loved music, the sea and the ocean. He loved making charitable donations to the Catholic and Orthodox Armenian Churches and the Armenian cause ANCA, as well as US Veterans and others. Gaspard is survived by his wife Marie Kasparian; daughters Lucie Kasparian; Vicky Kasparian; son Hagop Jacques Kasparian. He was preceded in death by his parents Hagop and Lousazine Kasparian; his brother Sarkis Kasparian; sister Beatrice Frankian; brother Zohrab Kasparian. The service will be held at Pacific Crest Chapel on December 21, 2016 at 11:30 am. Burial will follow. Please go to the Rice Mortuary's website www.LAfuneral.com to send the family messages, share memories or to obtain directions to the service.