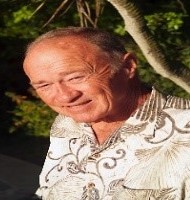 It is with heavy hearts that the family of Gary Mattingly announce his passing after a brief illness on Tuesday, January 22, 2019 at the age of 75. A native of Kentucky, Gary moved to Los Angeles in 1954. He attended Mount Carmel High School. While working 48 hours per week and attending school at night he graduated with a degree in Business Administration from California State University Los Angeles (CSULA). He continued his education at UCLA taking courses in systems design. He also received a certificate in Fundamentals of Money Management and Advanced Money Management from the Wharton School of Finance. Gary was selected as a Distinguished Alumnus from the School of Business and Economics at CSULA. Gary began a long career with the City of Los Angeles starting in l967 as a financial analyst for the City Administrative Office. In l982 he was appointed General Manager of the Los Angeles City Fire and Police Pension System (LAFPP). Gary was one of the longest serving General Managers at LAFPP. When he was appointed, the Fund was valued at nearly $1.5 billion and grew to $12.3 billion when he left City service in 2005 He was the first general manager to institute an asset allocation plan, which directly contributed to the growth assets of the Plan. Gary was committed to the welfare of the Fund and to the sworn member of LAFPP. Many will remember and recognize his service. Gary was a former board member of California Association of Public Retirement systems (CALPERS). He also served on the Los Angeles Federal Credit Union Board and the Retired City Employees Association. Gary was an avid golfer, loved to read and travel. He will forever be remembered and beloved by his wife of 23 years Paula Petrotta, sons Andrew Bullock, Joseph Mattingly, daughter-in-law Christine Mattingly, daughters Jessica Hurley- Jones, Erica Petrotta, grandson Garrett Hurley, granddaughter Addison Jones, brother Wallace Mattingly, sister-in-law Kathleen Mattingly, sister Marianne Ayala, brother-in-law Rene Ayala, future son-in-law Ruben Minjarez and many extended family and dear friends. Services to be held: Monday, February 25, 2019, 11:00 a.m. St Lawrence Martyr Church, 1940 S. Prospect Avenue, Redondo Beach, CA 90277.