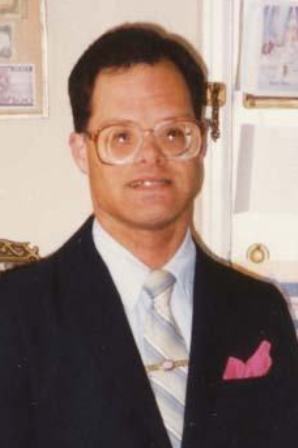 Gary Leo Ridder, passed away on Sunday, April 15, 2012. Born in Gardena, CA. Gary was 53 when he died from complications of pneumonia. Even though Gary had Down Syndrome, he was an accomplished swimmer and bowler. He loved music, dancing and coloring. He was a fanatical fan of Spiderman. Gary is survived by mother, LaVaughn Ridder of Gardena, CA; brother, Michael (Patricia) Ridder of Charlotte, TX; brother, Joseph (Roimata) Ridder of Hamburg, Germany; sister, Sharon (Robert) Dianella of Newberry Park, CA; and sister, Debra (Thomas) Doyle of Lomita, CA. He was preceded in death by father, Francis Ridder. The Service will be held in the Chapel at Green Hills Memorial Park on Thursday, April 26 at 1:00 pm.