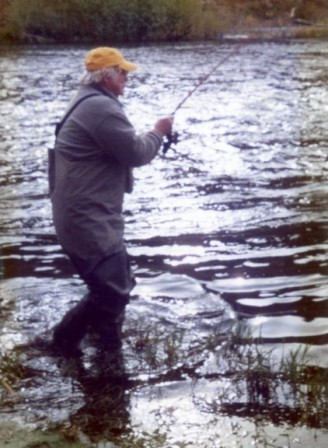 Gary E. McClure May 26, 1942 – December 19, 2016 Gary E. McClure was born in Downey California to parents R.J. and Frances McClure. They moved to Bakersfield in 1946. Twelve years later, they returned to the Los Angeles area where they settled in Lawndale. Gary graduated from Leuzinger High School in 1961. He served in the Coast Guard for five years, was discharged in 1968, and then went to work for Northrop. Upon his return, Gary went back to school and earned a degree in teaching. He taught Arts and Crafts classes at La Quinta High School in Orange County but the great outdoors kept beckoning. After four years, he left teaching and headed to the mountains. He ended up in Mammoth and, for a season of his life, spent his time fishing and skiing - two of his favorite pastimes. He eventually returned to Southern California and got his General Contractors license which allowed him to now work in the outdoor environment he so enjoyed. In December 1981, Gary married the love of his life, Jesse Barstow. He went on to become a successful contractor remodeling homes and building several new ones. Gary will always be known as an avid outdoors man. He loved to fish, surf and snow ski. He will always be remembered for the many stories he loved to share about his adventures and the thousands of fish he caught.