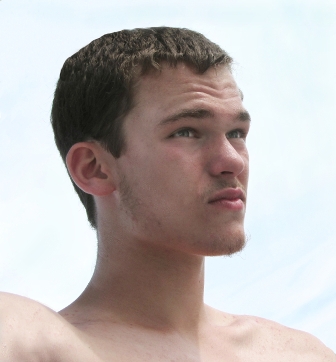 Gabriel Eric Moore August 12, 1996 - July 25, 2012 It is with profound sadness that we announce the passing of Gabriel Eric Moore, age 15, of El Segundo. His accidental drowning in Costa Rica on July 25th leaves us heartbroken and in shock. Gabriel was an exceptional, active and competitive teen who loved World of Warcraft, Krav Maga, marathon running, surfing, scuba diving, tournament ping pong and his dog Skip. After graduating from high school Gabriel had planned to join the Navy Seals. Gabriel leaves behind his many grieving friends and loving family especially his father Terry Moore, his mother Mireille Trevare and his older brother Julien; along with his grandparents Genevieve and Joseph Trevare, Catherine Podliasky and his uncle Bertrand Trevare. "Death is not extinguishing the light; It is only putting out the lamp because the dawn has come".