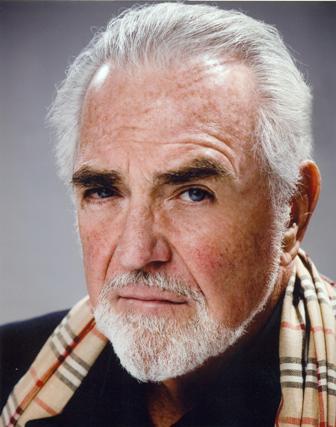 Fredrick Michael "Mike" Squires aka Julio Miguel, Freddy Mike, El Capitan of Redondo Beach has passed away at the age of 79 from health complications on Sunday evening March 13, 2016 at Little Company of Mary Hospital. Mike was born in Los Angeles as an only child on November 8, 1936. He was raised by his parents Dolly and Dan Squires (deceased) in Culver City where he attended Culver High School. Graduating class of 1952, Mike lettered in football; known for breaking his leg on the 50 yard line during one of many games played. He remained a loyal Centaur attending games everywhere throughout the South Bay. Soon after graduation, at age 17 he joined the Navy serving aboard U.S.S. Hancock, an aircraft carrier in the pacific during the Korean War. Upon discharge he went to work for his "Pop" at Dan Squires and Son Painting and during that time earned his AA Degree in Fire Science from Santa Monica City College which landed him a job at the Inglewood City Fire Department. Working as a Fireman, Engineer, Fire Inspector, Arson Investigator and Captain his 40-year career extended from March 16. 1961 thru August 1, 2001. In 1964 he married Willa Tuttle (deceased) with whom he had two children Kelly Marie and Canon Quinn. After divorcing he met his long-time love, Sandra Bailly in 1974. They stayed together to his end. Cancer may have taken his voice but his talent for telling stories could not be distinguished. A lover of music expressed very lively through his Alto Sax, Conga Drums and Bongo playing. Mike was also very passionate about the game of tennis, had an amazing love for his grandchildren and would attend all their ball games. He often coached Little League Baseball, POP Warner and high school football. Mike is survived by his daughter Kelly (Tony) Renaud, grandchildren Dylan Lowell and Kyle Purcell; son Canon (Cheyanne) Squires, grandchildren Trinity and Zane Squires and life partner of 42 years Sandy Bailly of Torrance (Lisa, Mike & Vincent Torres);. He also leaves behind numerous loving friends and Firefighter Brothers. Rest in Peace the late great 38! And the #1 Redskins fan! A flag ceremony will be held on Tuesday, March 22, 2016 at 10:00 am at: Los Angeles County Fire Department, Fire Station 170 10701 S Crenshaw Blvd Inglewood, CA 90303 A funeral service will be held on Wednesday, March 23, 2016 at 1:30 pm at: Inglewood Park Cemetery, Galleria Chapel. 720 E Florence Ave Inglewood, CA 90302 A reception will immediately follow at: Elks Lodge 315 Esplanade Redondo Beach, CA 90227 In Lieu of Flowers we ask that donations be sent to one, or both of the following organizations. On your check please write "In memory of Mike Squires." Alisa Ann Ruch Burn Foundation, 800-242-2876 50 N Hill Ave #305, Pasadena, CA 91106 Firefighter Cancer Support, Mike Dubron, LACoFD FF/PM, 866-994-3276, 2600 W Olive Ave, 5th Fl, PMB 608, Burbank, CA 91505