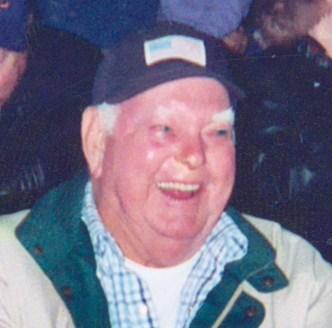 Fred H. DeGuire, 83, passed away on Friday, July 13, 2012. Born in Los Angeles, CA on December 13, 1928, Fred remained a lifetime resident of the South Bay working in construction for 35 years. He married Georgia "Corky" Fields on April 3, 1949 and was a devoted family man. Fred was a loyal supporter of the West Torrance High and the El Camino College Warriors - attending all his grandsons' athletic events. Left to grieve are his daughter-in -law Barbara, grandsons Adam, Alan and Aaron, all of Southern California; and daughter-in-law Diane; grandson Jason; his wife Sarah; and two great grandchildren, Anna and Cole, all of Marshfield, Missouri. He is predeceased by wife Corky in 1998 and his two sons, Richard in 2003 and Derry in 2011. A Celebration of Life will be held at Rice Mortuary on Sunday July 22, 2012 at 12 noon. Casual dress - plaid cowboy shirts. In lieu of flowers please make a donation to your favorite charity.