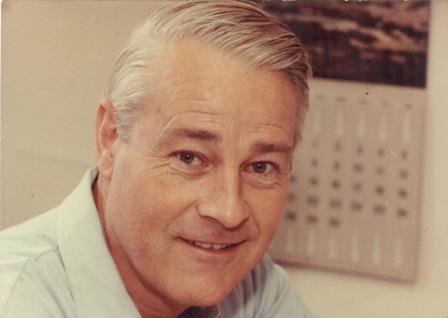 Frederick (Fred) Brewen was born in El Paso, Texas on September 24, 1931. He attended Columbia University, graduating in 1952 with an engineering degree. After completing his service in the military, he moved to California in 1955. He worked at TRW for 31 years where he was an integral part of the Apollo Project. Recently he served as president of the Catholic Golden Age Group. He was preceded in death by his son Terrell Brewen. He is survived by his wife Barbara; daughter Vicki Brewen Robles; step children Steven Harris, Robert Harris, John Harris, Diane Stoodley, and David Harris; as well as four grandchildren. He was a kind, generous, and giving man who seemed to know every question Jeopardy had to offer. Services will be held September 5th at 10:00 AM at St. Lawrence Martyr, 1900 S. Prospect Ave., Redondo Beach, with his burial at Riverside National Cemetery on September 10th at 11:30 AM. He will be greatly missed by all.