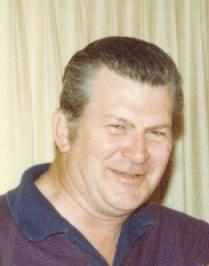 Fred Orlando Cram, 80 years of age, passed away at the Little Company of Mary Hospital in Torrance, Ca., on December 10th 2012. Fred was born on August 27th 1932 on Detroit, Mi. to Fred and Leona (Dooley) Cram. Fred grew up in the Detroit area and graduated from South Lake H.S. in 1951. After his graduation, he married Lois Pell also of Detroit Mi. in 1952. He soon thereafter in-listed in the US Army where he served as a MP for two years. Just prior to his discharge in 1954, Fred's first of three sons Steven F. was born, and soon Marc E. and David B. were to follow. In 1956, Fred joined the Los Angeles County Sheriffs' Dept. where he proudly served for twenty-nine years until his retirement in 1985. He had risen to the rank of SGT. of Detectives at the Lennox station. In 1975, Fred re-married Patricia M. (Rose) Peterson of Torrance, Ca. Proudly, Fred became a step-father to Patricia's five sons, Paul D., Eric E., John A., Kevin P., and Christopher S. Fred was an active member of the American legion and the Moose Lodge, both located in Redondo Beach. He also enjoyed his involvement with his fellow Sheriffs' Officers and close friends in law enforcement, in the Ye Old Farts Lunch Bunch, est. 1967. Fred was a founding member of this stellar group of gentlemen. The South Bay Athletic Club was also a fine group of men that he enjoyed spending time with. Fred was preceded in death by his parents Fred and Leona, his sister Joan, and step-mother Viola. Fred is survived by his three sons from his first marriage, Steven, Marc, and David, Marc's wife Maggie, step- children Corby and Brian, grandchildren Amber, Rose, Collin, Abby, his great-grandchildren Ian, and Jenna, step great-grandchildren, Simon, Jeremy, and Joseph. Also surviving Fred are his five step-sons, their wives and numerous other grandchildren and great-grandchildren. On December 16, 2012, just six days later, Fred's wife of 37 years Patricia, also passed. A memorial service will be held for both Fred and Patricia at rice Mortuary, 5310 Torrance Blvd. Torrance Ca. on January 5th 2013. The service will begin at 9:30 am. The burial will follow at Pacific Crest Cemetery, 2701 182nd St. at Inglewood Ave., Redondo Beach.