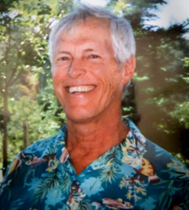 Fred Simmons, 78, of Los Angeles, CA, died on Nov. 21, 2014, of heart disease. Also known as Terry, he was a native of Massachusetts and resided in Brookline and Newton during his youth. He graduated from Exeter Academy (1953), Yale University (1957) with a BA in English, and McGill Medical School (1961) with an MD degree. After completing this education, he moved to Los Angeles, CA where he resided in N. Beverly Glen and later, Mar Vista. Following a three-year residency in internal medicine and a year as an ER physician in Los Angeles, Terry studied Hepatology, first as a Fellow, then as a Research & Education Trainee at Wadsworth VA Hospital in Los Angeles. There, David Boyle, MD, his greatly admired, brilliant mentor fanned his unquenchable enthusiasm for the field. He then moved to London in 1970 where he served as an Honorary Clinical Assistant on the Liver Service at the Royal Free Hospital. Terry returned to Los Angeles in 1971 and devoted the rest of his professional life to a clinical, teaching, and research practice focused on liver disorders. He became a partner with the Southern California Permanente Medical Group at Kaiser Foundation Hospital in Los Angeles as their first Hepatologist. He was instrumental in establishing the Regional Liver Transplant Service. He was Chief of the Transplant Service until he retired in 1997. He was a dedicated practitioner and his greatest passion in life was teaching; he introduced "Teaching Rounds" to the Medical Service at SCPMG. He was also a Clinical Professor at UCLA School of Medicine (1974-2011) and at USC School of Medicine (1989-2014). He was much respected by his colleagues, the house staff and patients. After retirement, he continued attending weekly teaching rounds for the rest of his life. Terry was a voracious reader. Besides medical journals, he loved mysteries, literature, and a wide variety of magazines ranging from the New Yorker to Auto Repair and Woodworking. Among his pleasures were vacations to his primitive house in Baja California which he shared with the love of his life, Karen Cove. There he enjoyed visiting with many of his life long wonderful friends, swimming, windsurfing, bird-watching, star-gazing and drinking tequila as the sun went down. He also spent many happy hours repairing and improving his Baja beach house and ancient vehicles. Terry enjoyed classical music, opera and jazz. He was a life-long athlete participating in lacrosse, rugby, skiing, handball and swimming. He was on the Board of the Westside YMCA and served as Chairman of the White Glove Committee overseeing maintenance of equipment and cleanliness of the facility. Terry is survived by his cherished life partner, Karen Cove, his younger siblings, George (Pat), David (Ann), Mona (Bob), and Geneva, and many nieces and nephews and their children, all living in New England, California, or Hawaii, as well as Fraidy, the last of his many adored cats. Terry was dedicated to helping bright young people without financial means obtain an education identical to his. In lieu of flowers, donations may be made to a charity of your choice, or to "Renaissance Charitable Foundation", a 501(c)(3) charity, with a note in the memo section, "Simmons Family Fund A/C 24893." Address donations to: Renaissance Charitable Foundation, c/o Mark Markland, 1230 Rosecrans Ave. # 610, Manhattan Beach, CA 90266 A memorial celebration will be held at a later date.