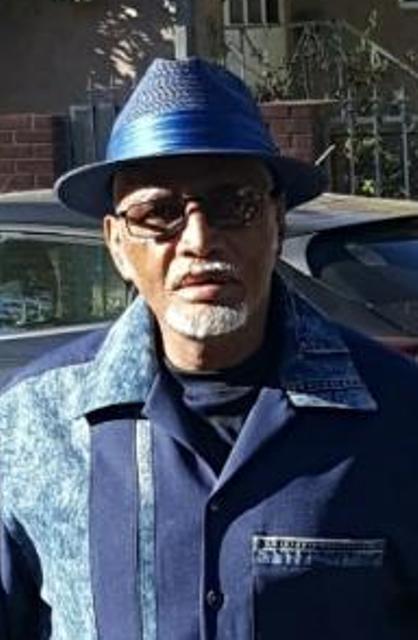 Frank Peters Jr, was born on October 6, 1950 in Kansas City Missouri to Hazel Barnes. He was later adopted by Frank and Annabelle Peters, both whom preceded him in death. Frank grew up with his two sisters, Patricia Ann Peters and Carolyn Joyce Peters. He attended Benjamin Banneker Elementary School and later Woodland Elementary School. After integration became law, his parents put all of his siblings in St. Aloysius Elementary School. Frank attended Lillis High School and later Central High School where he was a Corporal in the R.O.T.C. He graduated from Central High School in 1966. He attended University Missouri Kansas City for one year and worked for the Kansas City Star Newspaper for 5 years. He later worked for Vess Cola where he was employed with them for 10 years. He married Gloria Harrell in 1973; one child Lisa Renee Peters was born to that union. Frank was a hardworking man and had an amazing sense of humor. He loved to joke and make people smile. He worked as a Chef as the Hereford House and Phillips House. He also cooked for KFC, (Kentucky Fried Chicken) and Wendy’s. He also worked for Hydro Conduit as a construction worker. Frank was baptized and received the sacrament at Annuciation Catholic Church. He later joined and became an Usher and served on the Deacon board at Christian Tabernacle C.O.G.I.C. Wher he was affectionately known as “BROTHER RED.” Frank had a stroke in 2008 and lived with his sister Carolyn Peters. During that time he overcame challenges and lived an active lifestyle. He later moved to Inglewood California and lived with his brother Guy Noble Barnes. Frank went home to be with the LORD peacefully in his sleep on Tuesday, November 6, 2018. He leaves to mourn his passing, his mother Hazel Franchelle Hopkins, his daughter Lisa Renee Peters, his sisters Carolyn Peters, Patricia Peters, Regina Barnes, Barbara Willetta Williams, Ardella Alamin, Ardelia Ruth King (who preceded him in death) and Lavonia Lampkin, his brothers, Guy Noble Barnes, Kevin Hopkins, Ibrahiem Rahiem and a host of nieces, nephews, cousins and friends.