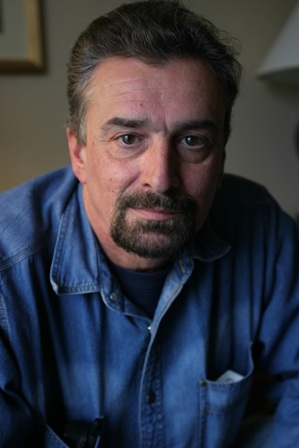 In loving memory of Frank Michael Izzo, known by most, as Paco. He left his earthlybody on Friday, February 16, 2018, peacefully in his sleep at the age of 68. Although he left his physical body, his soul will remain in our hearts and memories, until we meet up with him again. He is survived by his wife, Pattie Aitoro-Izzo of 46 years and sons Christian 43, Frank 32 and his niece Beth Swiderski. He was born in Norwalk, Connecticut. on December 7, 1949 to Sal and Lucy Izzo, now deceased. Paco is also survived by his siblings James Izzo of Florida, Rosemary Jennings, Marian Flynn, Florence Sheridan and their spouses, all residing in Connecticut. He is further survived by nieces, nephews and many other relatives and friends. Paco graduated from Central Catholic High School, Norwalk, Connecticut in 1967. He was a fire protection sprinkler fitter for 25 years in local Chapter 709 and took great pride in his work. Paco and Pattie were married in Norwalk, Connecticut in 1972 and resided there where they had their first son, Christian in 1974. The family then moved to Manhattan Beach, California, in 1979, for the California warm weather and beach life. They loved going to the beach, local taverns, softball games which Paco played in for many years, as player #2 on various teams. They entertained family and friends at their beach house often and always had an open door policy with them. In 1985 their second son, Frank was born in Torrance, California. Paco thoroughly enjoyed coaching and attending both of his sons in little league baseball games.He also provided softball coaching for his niece Beth from middle school thru High School. They all attended Dodger Games on a regular basis. Paco was an avid Dodger fan to the point of obsession. He passed this obsession to his children. He was so thrilled to see the Dodgers make it to the playoffs last year and the games they played made him proud! Paco loved to cook many Italian dishes, “sausage & peppers”, anti pasta and “RED Gravy”. He cooked breakfast every weekend for the kids which they loved him for! Pattie remembers one of their favorite pastimes was playing gin rummy. Paco was hard to beat with the exception of Pattie. He played gin with his son Frank on their last Thanksgiving together, when Frank took him for some cash. Another pastime was watching movies. He enjoyed the classics, spaghetti westerns to modern day films. His favorites were John Wayne, Clint Eastwood, The Godfather collection, Robert Redford,baseball, war movies, and history documentaries. He was often known to quote from his favorites on everyday life occurrences. Paco was a history buff and shared his wealth of knowledge whether you wanted to hear it or not! But that is just one of his traits that made him so special. He enjoyed going to and making friends at the local beach area taverns, The Shellback Tavern, Ercoles, The Castle and most recently TheThirstyClub. He played pool and socialized with many friends over the years. Paco and the family took yearly vacations to San Diego and trips “back East” to see family and friends. He loved to eat out on a regular basis,his favorites over the years, Mama D’s in Manhattan Beach, Georgio’s in Palos Verdes and Paisanos in Hermose Beach. All Italian of course! Paco was a very charitable person with family and many organizations, as American Cancer, Diabetes, Heart and various Veteran Associations. You name it, even with his gruff exterior he had a giving heart of gold! In closing, we loved Paco for his originality, tenacity, strength and as his niece put “too cool for school” look. Paco loved his family and friends more than anything in this world and Pac We Love you back.