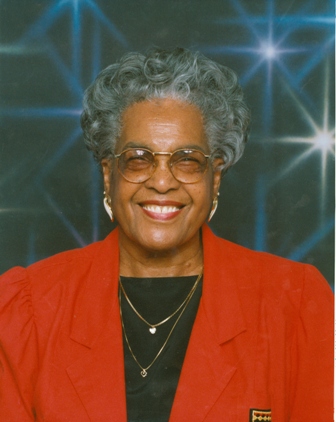 Frances Martin Faire Patterson, a 15 year resident of the South Bay, passed away on Wednesday, March 21, 2012 in Torrance. Born in New Kensington, PA, Frances was 90 when she died. She was a member of Fellowship of the South Bay Baptist Church, and an active member of First Baptist Church, North Vandergrift, Pa. Frances was a graduate of Har-Brack High School and was employed by Allegheny Ludlum for 1 1/2 years during World War II. She then became the first African American employed as a cashier-bookkeeper by the Wise Shop Clothing store where she worked for 15 years. She was hired by the County of Armstrong, Pennsylvania as an Assessment Officer Clerk and subsequently became the first African American to become Director of Assessments and Revenue. After 22 years she retired and then returned to work in her nephew's medical offices in Pittsburgh, PA. Frances loved people, taught Sunday School and always had a beautiful smile on her face for everyone, especially for her grandchildren, great grandchildren and many nieces and nephews. Frances was an avid reader and enjoyed traveling. Frances is survived by her daughter, Judith Crosby of Torrance, CA; brother, John (Joyce) Martin of Los Angeles, CA; step-son, Theodore (Dorothy) Patterson of Sacramento, CA; step-son, James (Jean) Patterson of North Carolina; 6 grandchildren, and 11 great grandchildren. She was preceded in death by her parents, Hubert and Lillian Martin; husband Theodore Patterson Sr; sisters Rachel Martin, Pauline Martin Flood, Anne Josephine Martin Manley; brothers Robert, Hubert and Peter Martin. The Memorial Service will be held at Fellowship of the South Bay Baptist Church on Wednesday March 28, 2012 at 11am followed by a reception at the church. A memorial service will take place in Pennsylvania, followed by burial at Greenwood Memorial Park in Lower Burrell, PA. Flowers may be sent to White and Day Colonial Mortuary, 901 Torrance Blvd., Redondo Beach, CA 90277.