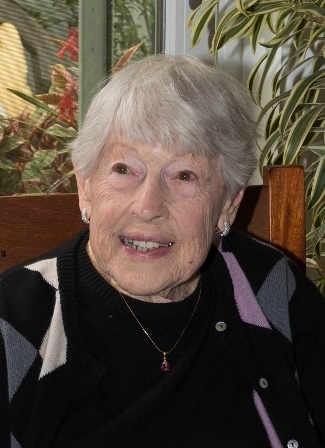 Frances Harris Frances (Fran) Josephine Harris, 101, passed away Tuesday, July 21, 2015 in her home in Manhattan Beach. A native Californian, Fran was born July 26, 1913 in Pasadena. She was married in 1937 to William L. Harris, who later joined the US Army and served in WWII. Fran often reminisced about the adventures she had, the people she met and places she visited while following Bill around the country during his Army training. Upon Bill's return from service, Fran became a homemaker, which was her passion. She kept the house and helped with the yard, constantly read articles to learn the latest information on household maintenance, nutrition, fashion and to learn new recipes. Fran was an excellent cook, often hosting large gatherings of extended family during the holidays. Fran and Bill built the family's Manhattan Beach home in 1963 and both lived in this home until their passing. They grew flowers and vegetables year-round, sharing the bounty with family and friends. The house and its yard were considered the neighborhood "jewel". Fran and Bill adopted their daughter Karen before the birth of their son Bill Jr. Fran was a loving and devoted mother, cooking and baking for her family and friends most days, even during her final week. She was amazingly active and involved, reading the newspaper and the bible daily, watching college football and making occasional shopping trips. Fran's passing was unexpected and peaceful. She is survived by her son Bill Harris of Hermosa Beach and three grandchildren and three great-grandchildren, all of Texas. She was predeceased by her husband Bill in 2010 and her daughter Karen Harris Rainer in 1994. Funeral services are scheduled for Saturday, August 8, 2015 at 1:00 p.m. at American Martyrs Church, Manhattan Beach, CA and inurnment will take place on Monday, August 10, 2015 at 10:45 a.m. in Riverside National Cemetery. In lieu of flowers, the family asks that you make a donation in Fran's name to support either of these organizations: Sisters of Social Service, 4316 Lanai Road, Encino, CA 91436 or the Benevolent Animal Rescue Committee (BARC), P.O. Box CD, Cherry Valley, CA 92223.