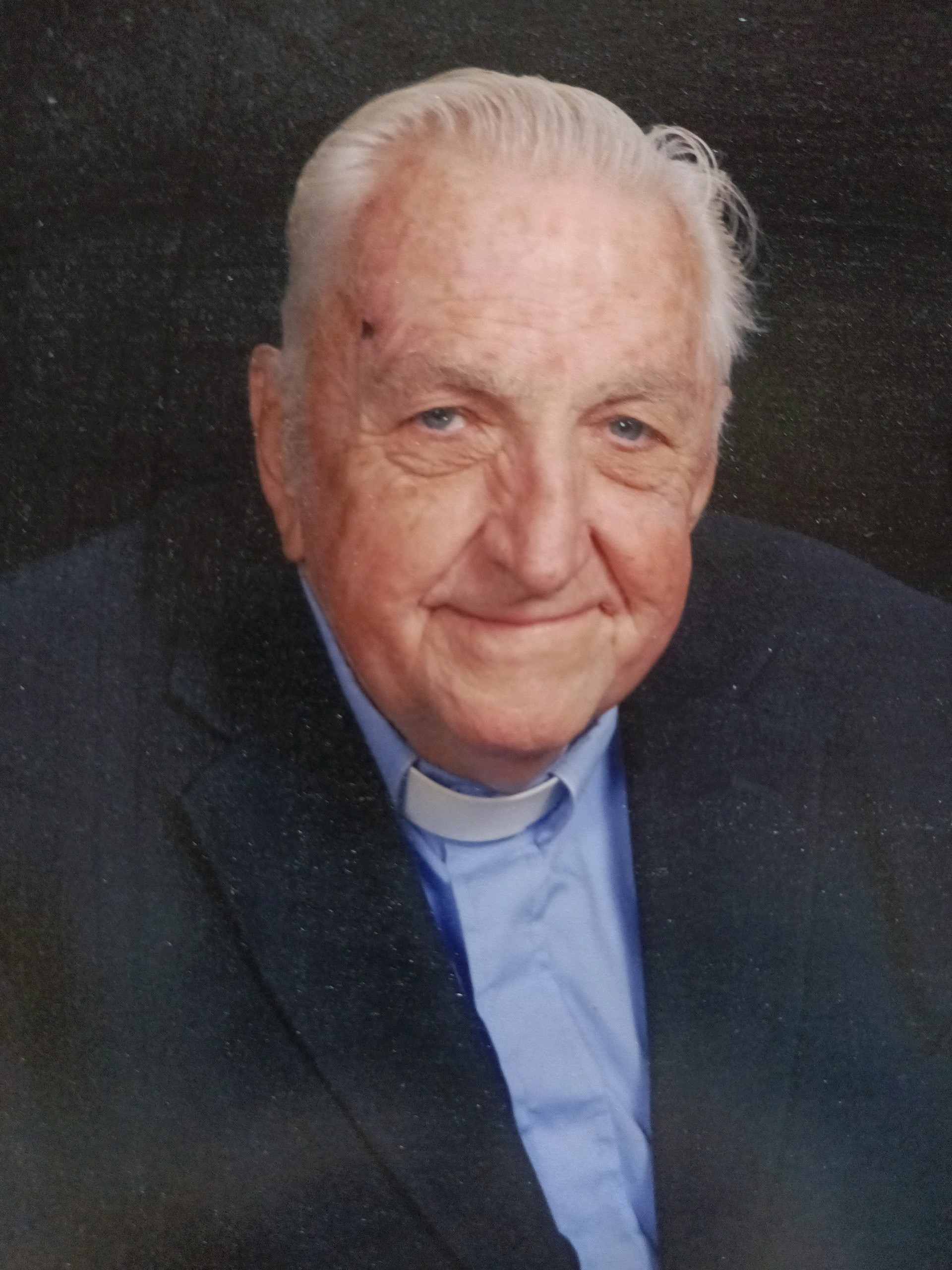 Pastor Floyd Lewis Lawson passed away peacefully in his sleep in Torrance, California at 6:00am on Saturday, November 14th, 2020. The love of his life, Carol Ellen Lawson, passed away the previous October and he spoke repeatedly of his longing to follow her. At every possible occasion he would recite “their” song, Some Enchanted Evening, undaunted by the fact that he didn’t really know the words.

Floyd was born in Oakland, California, in 1931, younger brother to siblings Shirley and Jack. He attended UC Berkeley before transferring to UCLA where he met his wife, Carol, at a Lutheran youth fellowship meeting, and for Floyd it was love at first sight. They both graduated from UCLA, after which Floyd continued his education at Augustana Theological Seminary in Rock Island Illinois, becoming an ordained minister in the Lutheran Church, a career he loved so much he retired 4 times before it finally stuck, at the age of 80.

He had the pleasure of serving in many churches during his career, including Mt Cavalry in (Cypress ?) (I always thought of it as Anaheim?), Bethany Lutheran Church in Santa Clara, St. Paul’s Lutheran Church in Oakland, Trinity Lutheran Church in Pasedena, and First Lutheran Church in Torrance, California among others. He loved to preach, teach bible study classes, and visit the ill and inferm parishioners in his community. He was honored to serve as Vice President of the Pacific Southwest Synod of the LCA under the leadership of President Stan Olson.

Floyd took comfort in knowing that he would be reuinited after death with his beloved wife Carol, and his son Andrew, lost in infancy in 1961. He will be deeply missed by his children Janice Mauzy, Andrea Lawson and David Lawson, his sons-in-law Byron Mauzy and Richmond Tetzlaff, and his grandchildren Felicia Mauzy and partner Sam Bielz, Anthony Mauzy and wife Christina, and great-granddaughter Liliana Mauzy. His family’s heartfelt thanks go to his devoted caregiver(s) Darcel Harris (AND CLAUDIA (?)) and his wonderful landlady and friend Verne Palmer for their loving care and dedication in his final years.

Floyd was the most loving, patient, joyful, kind person we knew. He loved his wife, his family, his friends, his congregation and his community fervently. He never used religion as a weapon, instead treating it as a spiritual hospital, there for anyone in pain or need. A born extrovert, he was late to every family dinner or holiday because if anyone wanted to talk he would be there as long as they needed. He never took a church posting without looking around to see who was in need, and then doing whatever it took to make sure that need was filled. The world was a brighter, sunnier place with him in it.

He was an enthusiastic scholar of many things, using his computer to continue his studies in history and the old testament right up to the very end. He enjoyed raising african violets, traveling with Carol, enjoying their timeshare, playing in the church’s bell choir, and making sure his children knew he and Carol were there no matter what.

Floyd doted on his pets over the years, never letting the fact he was allergic to almost all of them stop him from getting more. His one-person cat, Flash, kept him company right to the end, passing just a day before his beloved friend.

A socially distanced and/or online video service will be held when the safety of his friends, parishioners and community can be assured.