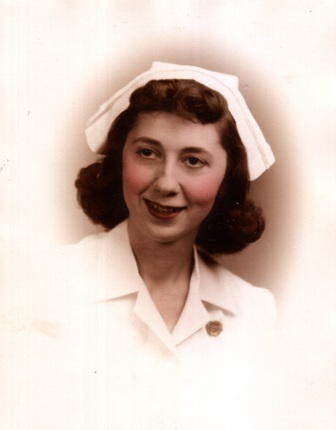 Florence J. Gerbasi Anderson was born on February 18, 1924, in Niagara Falls, New York. She passed away on November 6, 2016, in Torrance, California. Florence was the youngest of eight children born to Rosario and Antonina Gerbasi, proprietors of Ross Gerbasi's Meat Market and Grocery in Niagara Falls, and immigrants from Italy. Florence worked as a dental hygienist, performing in-school dental screenings of children. She fell in love with Robert Todd Anderson, and they married in 1952. They raised their family of four boys in Rochester, New York, until moving to California in 1973. Florence was preceded in death by her husband Robert in 1980. She is survived by her sons, Michael (Patricia), of Temple City, CA; Steven, of Torrance, CA; Robert (Carol), of Redondo Beach, CA; and Gary (Tara), of St. Paul, MN. Florence had a special love for her grandchildren, James, Mercedes (Merci), Justine, and Leo. Recitation of the Rosary will be 7:00 pm Friday, November 11, at Rice Mortuary, 5310 Torrance Blvd. Funeral Mass 2:00 pm Saturday, November 12, at American Martyrs Catholic Church. Interment will be in Gate of Heaven Cemetery in Lewiston, New York. In lieu of flowers, donations may be made to St. Vincent Meals on Wheels, 2303 Miramar Street, Los Angeles, CA 90057.