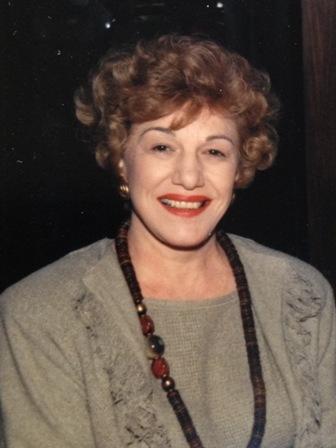 Florence Annette Peterson passed away peacefully in her home in Redondo Beach, California on June 6, 2013 at the age of 87. She was born in Chicago, Illinois on October 31, 1925 to proud parents Francis Zboyan and Anna Lucov. After graduating from high school, Florence worked as a secretary for the U.S. Navy. Once he returned home from the war, Florence married her neighborhood teenage sweetheart Richard Peterson on November 24, 1945. Florence dedicated much of her time volunteering as a gray lady at a local Chicago hospital and served as a member of the PTA. Florence and Richard welcomed their only child Deborah into the world on October 21, 1948 which brought them endless happiness. The family moved west to the South Bay in 1956 where Florence worked for some time as a receptionist for a medical lab. Florence was an avid chef and baker and was known for throwing magnificently elaborate themed parties for her family and friends. She also enjoyed interior design and sewing which she applied to decorating the family home with her personal touch. Above all else, Florence loved spending time with her family. She was elated when her daughter Deborah gave birth in 1978 to twin grandsons who immediately became her pride and joy. Florence passed away just six short months after Richard, her husband and best friend of 67 years. She was an extremely generous, kind and caring person and is dearly missed. She is survived by her daughter Deborah Mileham and her grandsons Travis and Troy Mileham. The burial service will be held at Riverside National Cemetery on Friday June 14, 2013 at 12 p.m.