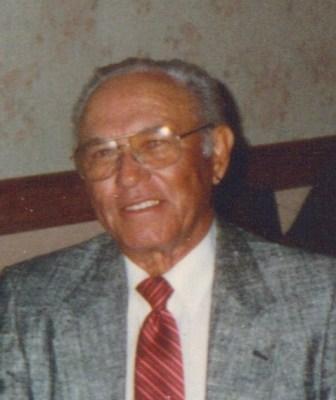 FIDEL T. "PHIL" NEGRETE Fidel T. Negrete a 65 year resident of Gardena passed away on Wednesday, October 3, 2012 in Torrance. Phil was born in Gardena April 4, 1919 to Alejandro and Felicitas Negrete and had two sisters; Jessie and Lupe. He spent his first 9 years in Gardena attending Gardena Elementary School. In 1928 the family moved to National City, San Diego. Phil was 14 when they purchased their first house and he served as an altar boy at St. Anthony Catholic Church one block from home. To help out with family expenses Phil caddied and worked in the kitchen at the historic Hotel del Coronado. He left school at 16 and by 19 he began working as a mechanic's helper at a local garage in Coronado. In 1941 he was drafted in to the US Army and attended basic training at the Presidio in San Francisco. During WW II he served in the South Pacific on the island of New Caledonia. Staff Sargent Negrete received an Honorable Discharge in 1945 and married Gloria May Diaz ten months later. A year later they moved to Gardena, a house on 168th Street, and eventually moved to Bonsallo Avenue where they raised their family. Their later years were spent living on Atkinson Avenue. In 1952 Phil started what turned out to be a 30 plus year career with Mobil Oil in the City of Vernon, eventually promoting to class "A" Traveling Mechanic. He enjoyed camping with his family, riding motorcycles in the dirt, fixing neighbors cars, and was an avid golfer. He worked out at the gym daily and had a habit of enjoying a bowl of ice cream twice a day. He was a member of the Los Verdes Men's Golf and Country Club, Elks, Kiwanis and for many years delivered Meals on Wheels. He was a loyal Dodger, Laker, Clipper and Angel fan. Fidel is survived by his dear friend LaVaughn Ridder, daughters, Phyllis (Dave) Bennett of San Marcos, CA; Anita (Rob) Whitman of Salida, CO; son, George Negrete of Redondo Beach, 6 grandchildren and 11 great grandchildren. He was preceded in death by daughter Yvonne (Micky) Halleck, Gloria, his wife of 48 years, his sisters Jessie and brother-in-law John Castro and Lupe and brother-in-law Bee Cervantes. The Mass of Christian Burial will be held at St. Anthony of Padua Church in Gardena, Thursday, October 25, 2012 at 10:00 am with a lunch reception immediately afterward at Gardena Elks Lodge. Burial will be at Holy Cross Cemetery in San Diego Saturday October 27 at 2:00pm.