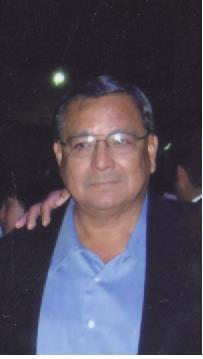 Faustino De Leon Reyes, a 31 year resident of Lawndale, passed away on Saturday, August 31st, 2013 in Torrance. Born in Guatemala, Faustino was 63 when he died. He was the oldest of eight siblings and helped his Mother raise and put them through school. As a young man he joined a futbol (soccer) team and became of lifelong fan of the game. He received his bachelor's degree in business accounting in Guatemala before immigrating to the United States. He worked in aerospace as a lab technician for over 30 years. He enjoyed the ocean and outdoor activities like camping, biking or simply spending time at the beach with his kids. Amusement parks were a favorite weekend activity that he shared with his family. He also enjoyed gardening and was especially proud of his rose bushes. He was a dog lover and enjoyed spending time with the family dogs, Hunter (our Labrador) and Bibi (our Rottweiler mix). He enjoyed taking long walks, spending time with friends, eating good food and listening to music. One of his favorite things to talk about was his children, he was proud that all had a College degree and steady employment, he made sure everyone was aware of this. He was happiest when he was surrounded by his family whom he loved. Faustino is survived by his Wife; Elena De Leon; Daughter, Rocio De Maria De Leon; Daughter, Diocelinda Sarahi (Rolando) De Leon; Son, Wilder Faustino (Elisabeth) De Leon; Daughter, Cindy Karina De Leon and Mother, Dorotea Reyes. He was preceded in death by his Father, Andres De Leon and Brother Abel De Leon. A gathering of family & friends will be held at Rice Mortuary on Thursday, September 19th, 2013 at 4:00 PM. The Service will be held at St. Catherine Laboure on Friday, September 20th, 2013 at 9:30 AM. The Graveside Service will be at Pacific Crest Cemetery at 11:00 AM. There will be a Reception in the Rice Lighthouse Reception Room from 12:30 PM to 3:00 PM.