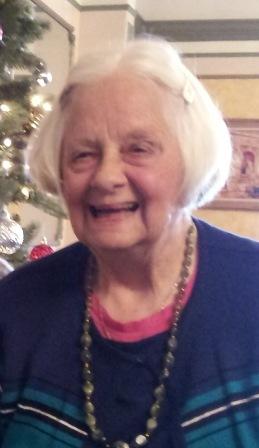 Fairabee May Donoho (nee Bennett) age 87, went to be with Her Lord and Savior on Sunday, January 19th. She was born on July 1, 1926 in Hawthorne California to Richard K. and Jenny May (Hess) Bennett. She was a lifelong resident of the South Bay and a Bank of America retiree where she was a long time employee at the Redondo Beach branch. In the early 1960's she and her husband founded the South Bay Chapter of the Full Gospel Business Fellowship International. For some 30 years they owned and operated the Redondo Bible Book and Gift Store. Fairabee was a past member of King Harbor Foursquare Church and most recently a member of the Sovereign Grace Bible Church in Redondo Beach. She is survived by her three sons: Earl (Alyce), Stephen, and John (Diane); her six grandchildren: Stephenie, Tim, Elise, Jessica, Sara, and Matthew; a cousin Joyce; and brothers-in-law: Jim Simpson and Paul (Nancy) Donoho; and numerous nieces; nephews; and friends. Besides her parents, she was preceded in death by her husband Earl Rex, whom she married April 9, 1945; a brother Richard; and an infant son Thomas. Services: Visitation 4pm-8pm Wednesday January 22nd at the White and Day Mortuary in Redondo Beach and on Thursday the 23rd from 10am until time of service at 11am at the Pacific Crest Cemetery Chapel Redondo Beach. Pastor Rob Rottweiler of Sovereign Grace Bible Church will officiate. Interment will immediately follow. In lieu of flowers donations may be made in her name to the American Diabetes Association or to Sovereign Grace Bible Church.