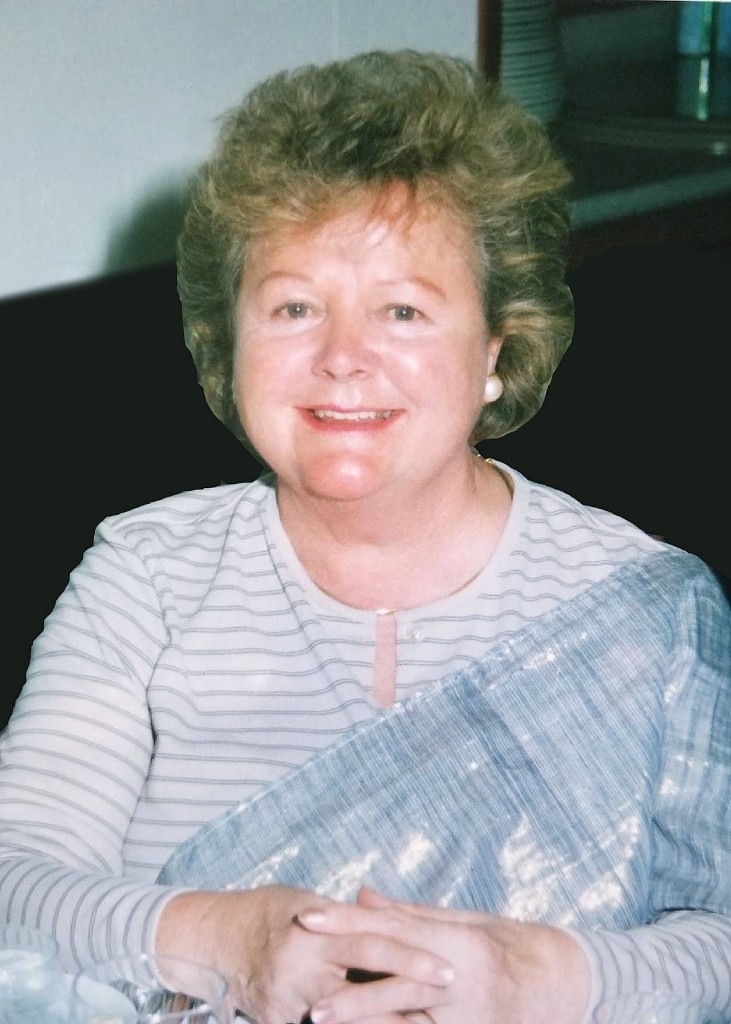 Evelyn Mary Uhls passed away at home in Redondo Beach on July 7, 2018, at the age of 81. Evelyn was born in Dublin Ireland and was one of fifteen brothers and sisters. Evelyn began working in her mother's poultry shop before the age of ten. Her work ethic was formed early and she recounted her memories of the shop fondly. Evelyn bravely immigrated to Canada at the age of 19 leaving behind the safety of her large family. Despite no office experience, Evelyn quickly found work at an insurance agency. With her warm smile, charming accent, and open heart, Evelyn made friends easily. Evelyn soon moved to Arcadia California with a group of coworkers. While attending a work Christmas party in Arcadia Evelyn met a handsome young man from Redondo Beach by the name of Alonzo Uhls. Alonzo was immediately smitten and after some hard work and many long drives to Arcadia the two were married. They begin their life together along with Lon’s daughter, Phyllis in Torrance California. Evelyn's strong desire to be a mother was granted with the birth of her two sons, Ray and Lloyd. Evelyn was a devoted caring selfless Mother who always put family in front of herself. Her sweet caring disposition could turn fiery if she felt someone was trying to push her around. “Always stand up for yourself,” she would say. She loved attending the boys sporting events and was involved in everything from team mother to PTA.. She enjoyed attending plays, watching whodunnit thrillers, and politics. Evelyn’s main priority in life however was her family. While primarily a homemaker she always worked part time jobs in the early years to make ends meet. In 2007 Mom became “Nana” when her granddaughter Dublyn was born. Dublyn brightened up the last 11 years of Evelyn's life and the two shared a beautiful bond. Evelyn leaves behind her two sons, her step-daughter, her granddaughter, her brothers and sisters Peggy, Mary, Chrissie, Jimmy, Anthony, Joseph, Joan, Peter, Terry, and Alice, and of course her little dog Harley. Evelyn will be missed by all who knew her but all who knew her were truly blessed. Evelyn will be buried at Pacific Crest Cemetery in Redondo Beach. Mass will be held at St. James Catholic Church in Redondo Beach on August 17, 2018 at 2pm. A celebration of life will follow and details on location will be given at the mass or please contact a family member for information.