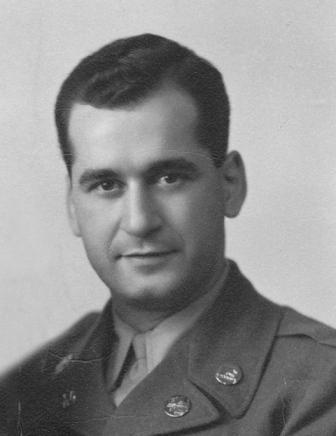 IN LOVING MEMORY OF EUGENE J. DEDEAUX With a heavy heart, we announce the passing of our beloved father, grandfather, great-grandfather and over 50-year resident of Gardena, Eugene "Pete" Dedeaux, on Sunday, June 24, 2012, in Torrance at the age of 92. Eugene was born in New Orleans, LA, on August 16, 1919, to Eugene Walter and Anita Remy Dedeaux, the third oldest of seven children. He honorably served 20 years in the US Army and retired as a Major in 1963. He was preceded in death by his beautiful wife, Gloria, in 1999, and later by his son, Douglas, daughter-in-law, Corinne, and son-in-law, Scott Smith. His older brother, Norman W. Dedeaux, Sr., Concord, CA, recently passed away on April 30, 2012, at the age of 94. Eugene is survived by his oldest son Don, daughter-in-law, Elaine (Douglas), his daughter's Denise (Don) Gilpin, Diane Smith, and Deborah and grandchildren; John Dedeaux, Michelle (William) Roberts, John (Donka) Dubuque, Daniel Dedeaux, Ryan (Terrah) Smith, Bryan (Kate) Dedeaux, James Dubuque, Joseph Dedeaux, great-grandchildren; Alexandra Aleman, Tyler Dubuque, Kendall Dedeaux, Athena Dubuque, Stephanie Dubuque, Sam Krise, Peyton Grace Dedeaux and Carter Vincent Smith as well as his siblings; brother, Edwin Dedeaux, Hayward, CA and sister Anita Deljuidice, Laguna Hills, CA, and his many loving relatives and friends who will always cherish his memory. We would also like to give special recognition to his daughter, Deborah, who was there for him in every way. Without her and the help of his loyal personal caregivers, especially David, Luis and Maggie, dad would have been lost. Our gratitude to them is eternal; you gave him a special gift, thank you. Visitation will be held at Rice Mortuary on Thursday, July 5, 2012, from 5:00 pm until 8:00 pm. A 10:00 am mass will be held on Friday, July 6, 2012, at St. Anthony of Padua Catholic Church Gardena www.saintanthonygardena.org and graveside services at Riverside National Cemetery promptly at 1:45 pm. A "Celebration of Life" luncheon will be held immediately following at the home of Eugene's eldest son, Don Dedeaux, 24076 Rubi Ct., Wildomar, CA 92595 http://classic.mapquest.com/mq/6-RGulLMJoTA8ta9C6_B5Z. If you anticipate attending the celebration, please RSVP to Don Dedeaux before July 2, 2012, at (951) 677-7013 or (714) 287-0117. For those requesting, please be aware that due to the July 4th holiday, flowers cannot be received at the mortuary until July 5, 2012. In lieu of flowers, donations may be made to the Pulmonary Fibrosis Foundation at www.pulmonaryfibrosis.org/donate.