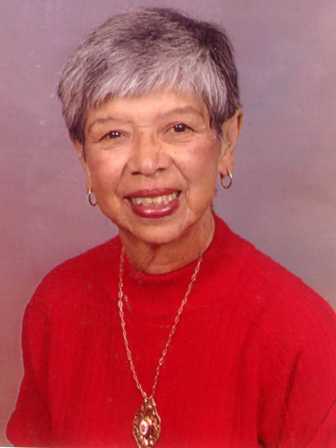 Esther Farfan May 3, 1927 – March 10, 2013 God, in His infinite wisdom has called Esther Farfan: daughter, wife, mother, grandmother, great-grandmother, aunt and dear friend, to rest. Esther went peacefully on March 10th surrounded by her loving family. Esther possessed many virtues, but one that she will most be remembered for is her desire to place the comfort of others before her own. She opened her heart and her home to many family members and friends with unconditional generosity. Esther will also be remembered for her tremendous love and faith in God; a love that sustained her throughout her life. Esther immigrated to the United States from Mexico in 1952 with her husband, Brigido, and their two young children. Their hard work and belief in the American dream enabled them to purchase their pride and joy, a home in Hermosa Beach where she lived the last 43 years. Her husband preceded her in death in 1992. Esther is survived by her son Frank Farfan (Margarita), daughter Lety Stassi (Alan), daughter Lucy Campa (Tony), son Robert Farfan (Patricia), daughter Patricia Trapnell and 12 grandchildren and five great-grandchildren. A Rosary Vigil Service will be held at Rice Mortuary on Thursday, March 21, 2013 at 7:00pm. A Mass celebrating her life will be held at Our Lady of Guadalupe Church in Hermosa Beach on Friday, March 22, 2013 at 10:00am. There will be a reception in Rice's Lighthouse Room from 11:30am to 2:00pm following the funeral Mass.