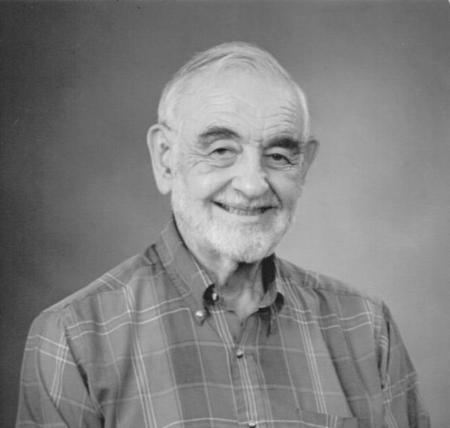 Longtime Torrance resident and community volunteer Ernest Jacobs passed away peacefully on October 13, 2013 at the age of 87. A member of this country's "greatest generation," Ernie was born in Philadelphia on August 7, 1926. He served our country as a United States Army Corporal in World War II, and later as an Ensign in the United States Navy. Ernie married his wife, Gloria, in 1950 and started their family in Philadelphia. After earning his Ph.D. in Electrical Engineering from the University of Pennsylvania, they relocated with their three children to Southern California in 1961, so he could take a job with the Aerospace Corporation in El Segundo. Deciding they liked the Torrance area best, they went house hunting every weekend until finding the 'perfect home' on Via El Sereno, and moved in during that Christmas break. They enjoyed raising their family and living at that address for almost 48 years. Always active in their community, Ernie and Gloria were involved with their children's school and sport activities and also volunteered for numerous organizations, such as, Friends of the Madrona Marsh. They were avid members of the Riviera Garden Club, participating in beautification projects not only for their neighborhood but also at several Torrance parks. They were strong advocates of the arts, and Donor Partners of the Torrance Cultural Arts Foundation. Ernie and Gloria were members of the Torrance Sister City Association for many, many years. During the couple years Ernie served as Treasurer, he was instrumental in setting up a separate account for the TSCA budget for the Student Club (to give the students responsibility, he said), which was managed by the adult board. Ernie served as President in 2000. His legacy as President was that he initiated a new requirement for applying for the Student Cultural Exchange Program: Applicants must be residents of Torrance but can attend any high school, even ones outside the City. After his presidency, Ernie became active in the annual Bunka-Sai event, and managed the cotton candy booth for many years. In 2009, Ernie and Gloria retired to Belmont Village of Rancho Palos Verdes, where he continued his community service by becoming President of their Residents' Council. Ernie is survived by his beloved wife of 63 years, Gloria; their daughter, Debi Grand; son Jon and stepdaughter Kimberly; son Ben and wife Heather; and grandson Paul Grand and wife, Luci, and great-granddaughter, Penny, whose arrival is expected this November. A military funeral service will be held on Friday, December 6 at 2:00 pm at the Miramar National Cemetery in San Diego. Always the environmentalist, Ernie requested no flowers at his service. In lieu of flowers, donations in his name may be made to either your favorite charity or one of his: American Heart Association, Save the Redwoods League, Planned Parenthood or Jewish National Fund. Ernie was well-known for his warm and friendly personality, and wonderful sense of humor. His family, along with his many friends and fellow volunteers will feel his loss.