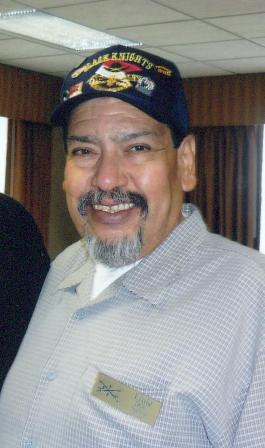 Ernie "Sonny" Garcia, 67, of Redondo Beach, passed away early Sunday morning, November 9, 2014. Born in Morenci, AZ on May 26, 1947. He later moved to Lawndale, CA in 1956. He graduated from Leuzinger High School, class of 1965. He enlisted in the U.S. Army, where he served as a combat medic during Vietnam, '67-'68. He earned a Bronze Star and a Purple Heart. After returning home from Vietnam, he married his lovely wife of 44 years, Susan Armenta. Together they had 3 beautiful children, Rena Villegas (Tadeo), Monique Avila (Adrian), and Ernie Garcia. All together he has 9 grandchildren and one on the way in March. Ernie lived for his grandchildren. He was happiest when he spent time with his children and grandchildren. A vigil will be held on Wednesday, 11/19 at Rice Mortuary in Torrance from 6-9. A mass will be held in his honor at 10:00 AM on 11/20 at St. James Catholic Church in Redondo Beach. He will be buried with military honors at Riverside National Cemetery. The family asks in lieu of flowers a donation be made to the www.WoundedWarriorProject.org