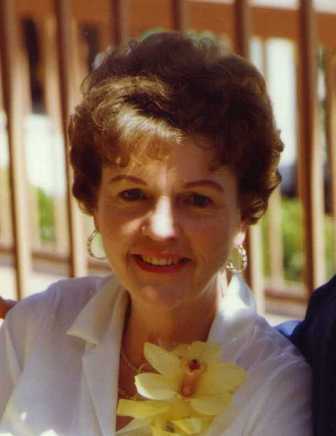 Enid Irgens Facette The Lord called Enid Irgens Facette home on May 19th. She had a brief battle with lung cancer and was comfortable and pain free when she passed at home in bed with loved ones by her side. She was born in Saskatoon, Saskatchewan on September 3, 1928 and was the youngest of seven beautiful girls. The family moved to the United States shortly after her birth, taking up residence in Superior Wisconsin. She married William Irgens when she was 22, and subsequently had three sons with him. The family moved to California in 1955 and resided in South Torrance for 20 years. She was very active in her family's activities, and even ran the snack bar at the Torrance American Little League for 2 years. She loved to raise orchids in her greenhouse. Enid and Bill then moved to their beachfront condo in Redondo Beach in 1975. She worked at Del Amo Stationary store in the Post Office and as a bookkeeper for over 20 years. She cherished the deep friendships she made with her coworkers that last to this day. Several years after her first husband Bill passed, she remarried her childhood friend Bob Facette and retired. They split time between her place in Redondo and Bob's place in Atlanta, visiting their new extended family and all their grandchildren. After Bob passed in 2012, she spent her remaining years in Redondo Beach, doing her crochet and cooking for family and friends. She was a very loving person and loved to give her crochet away to friends and family, and sometimes to complete strangers. If you came to visit her you would never leave empty handed. She is survived by her three sons, Jeffery William Irgens, Lawrence John Irgens, and David Clark Irgens. She is also survived by her grandchildren: Shane Irgens and his wife Jessica Irgens and their son Owen Irgens; Jenna Irgens; Shalyce Irgens Childers and her husband Kyle Childers and their new baby Killian Childers; and Devarae Irgens Loomis and her husband Mychal Loomis. Both Jessica Irgens and Devarae Irgens Loomis are expecting in June. The Memorial service will be held at the Resurrection Lutheran Church at 330 Palos Verdes Blvd. in Redondo Beach on Sunday May 31st at 1pm. Enid was a member of the congregation there for 60 years. In lieu of flowers the family requests a contribution to the American Lung Association.