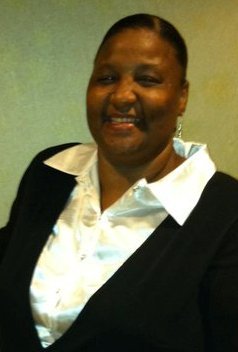 Emma (Antoinette) Louise Johnson was born on August 27, 1967 to Ruby Lee Johnson(preceded in death) and Monroe Browder (stepfather). She confessed Christ at an early age. Emma was known as "Porkey" to all who knew and loved her. She was the third daughter of four children. "Porkey" had a love for cooking, she attended Long Beach City College, where she obtained a Associates of Science Degree, and held a cerification for Hotel and Restaurant Cooking, held cerfication for Culnary Arts Food Preparation I and II. She was a Licensed Nurtionist , believe it or not. "Porkey" was a entrepreneur, her business was called, Antoinette American Cusine (AAQ), she was an amazing cook, she had style, taste, and joy in presentations. She leaves to mourn ten children and 1 son preceded her in death Cedric Hicklen, Latanyia Johnson, Christopher Orumense, Lindsey Hicklen, Jemel Hicklen, Jamal Hicklen, Anthony Hicklen, Khadeejah Yates-Cubit, Brejaunaui Larry, Rilei Price, Rubin Price. Four grandchildren, three sisters,( Paula Johnson, Dana Tinsley (Russell), April Bohannan (Larry)), One brother, Maurice Johnson, a host of relatives and friends