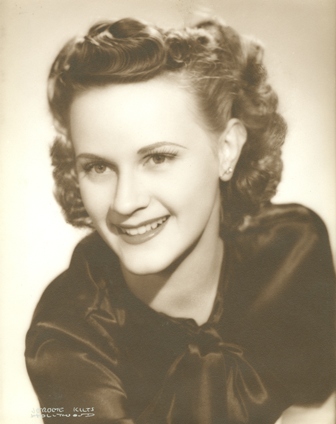 Elza "Elsie" Teresa Conrad, a 62 year resident of Manhattan Beach, passed away on Friday, September 21, 2012. Born in Juarez, Mexico, Elza was 89 when she died. Elza was a long standing member of American Martyrs Catholic Church in Manhattan Beach. Some of her passions were drinking good wine and fine dining. She was an avid fan of the USC Trojans and the Los Angeles Lakers. Elza is survived by her three sons, Mark (wife Lori) of Hermosa Beach, Erik (wife Laurie) of San Pedro, Phil (wife Kerrin) of Los Angeles, and by her brother Joseph Wolfe Jr. of Lancaster. She was preceded in death by her husband of 62 years, Carroll, and parents Emily and Joseph Wolfe Sr. The Service will be held at Rice Mortuary in Torrance on Sunday September 30, 2012 at 2:00 pm. Burial will be private at Riverside National Cemetery in Riverside.