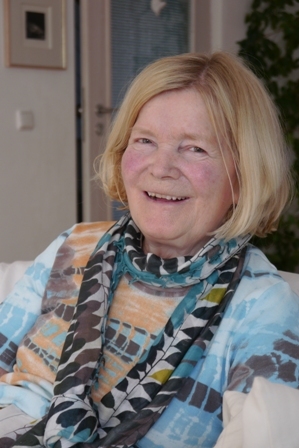 Elvira Freeman September 3, 1935 – February 14, 2016 After more than 80 years of a precious and beautiful life, a life of remarkable loving-kindness, Elvira Cecilia Freeman, has reached the end of her journey. Surrounded by love, and fittingly on a day honoring love, Elvira Freeman passed away this Valentine's Day, February 14, 2016. She has joined the ranks of the angels she so fervently believed in, and is the first of her many siblings to guide the way. She is survived by a large extended family including her many sisters, Magdalena, Annalies, Christa, Brigita, Roswitha, Anita, Marlies, and her brother, Leonhard. Also, she is survived by her loving husband of 30 years, Darryl, and her daughter Anja, age 27, who will dearly miss her bright spirit. Her life brought her from an idyllic rural village, Klienhenersdor in Silesia Germany, to travels all around the world, and finally Redondo Beach. Born on September 3, 1935 she began her life joyfully free-spirited and happy. At age 11, WWII brought hardship as her large family was refugees, both living together in a one room schoolhouse and a small property beside a churchyard northwest of Hamburg. At age 18, with an undaunted positive spirit and enthusiasm for travel Elvira left home to explore Europe and even lived in Rome, Italy. In 1966 Elvira was the first of her family to immigrate to the United States, initially as a nanny for a family in Connecticut. Seeking to expand her horizons, she applied for airline school expecting to become a "ground hostess" but instead a dream career of Flight Attendant was achieved. This spring boarded her to employment with several airlines and to her delight, further worldwide travel. She worked with the airlines for about 10 years before settling in paradise, Hawaii. She met the love of her life, Darryl, purely by accident on Maui in 1984 which ultimately led to a romantic Oahu wedding in December of 1985. They lived together in Manhattan Beach initially, followed by 17 years in Hermosa Beach, finally moving to her dream home in Redondo Beach. While living in Hermosa in 1988, she and Darryl adopted Anja, her personal miracle. Through motherhood all of her dreams were fulfilled. Elvira involved herself in every aspect of her daughter's life, sharing her caring compassionate nature with her community as well. She never stopped traveling and most recently celebrated her 80th birthday surrounded by her extensive family in Germany. She travelled to many places throughout the world but most would say she found her way into so many hearts, where she will live forever. She will be buried alongside her father at Holy Cross Colma, CA. A local visitation and reception is tentatively scheduled for Saturday February 27th 3-6pm at White & Day, Redondo Beach. Please contact White & Day to verify time and date. All are welcome.