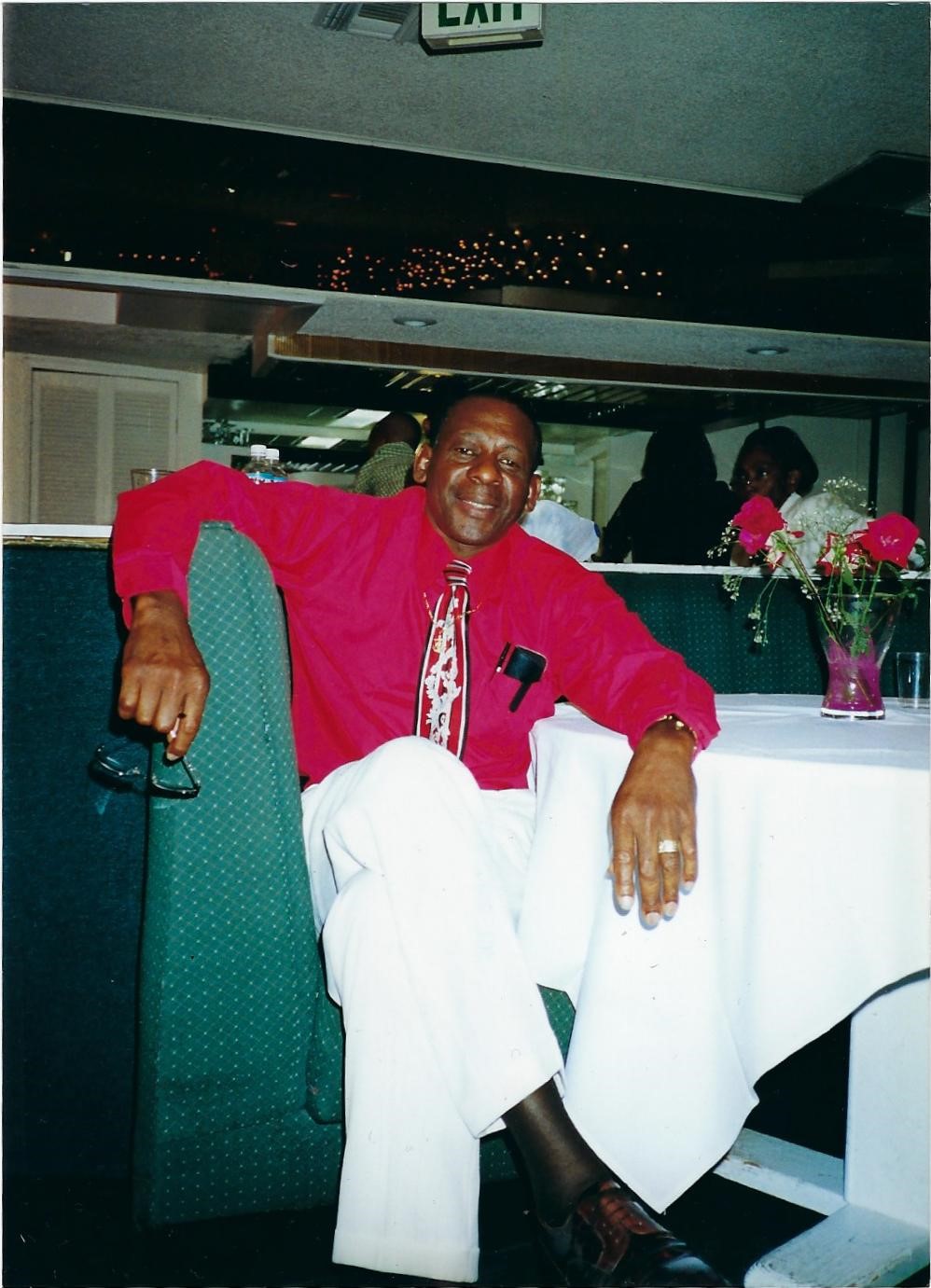 Elsworth Alexander Willis was born in Stann Creek Town (now Dangriga), Stann Creek District, Belize on February 03, 1948 to David Alexander Willis and his wife, Alice Rebecca Willis nee Dewgarde. He bade us farewell on January 13, 2021 in Los Angeles, CA.  Seventy-two years in a life well spent.  His calm and measured demeanor as well as his loyalty to his friends and family will always be admired.

Elsworth was the first born of thirteen siblings by his mother, Alice.  Elsworth spent his formative years growing up in the Stann Creek District of Belize, his homeland. At a tender age, Elsworth and his family suffered the loss of his father, David,  to a tragic boating mishap in 1952. As a result, he was raised for the most part, under the shared guardianship of his mother and beloved Grandmother, Estelle Trapp nee Goff.  The young Elsworth began his primary education at Epworth Methodist Primary School in Stann Creek Town and, as his family had moved to Mango Creek Village, he  graduated from St Michael’s Anglican Primary School in Mango Creek in or around 1962. Elsworth was a very bright scholar, having developed good penmanship and always attaining top marks in his school examinations. At one point, he was even crowned “King” of his class having attained the highest marks in his school examinations.

The young Elsworth blossomed into a tall and very slim person. By his teenage years he was distinguishable from his peers by his pair of long legs. Belizeans are very adept at giving people nicknames based on their stature and this led to Elsworth being fondly nicknamed “Long Pants” which was shortened to just “Pants”.  A youth mentor named Michael (Big Mike) Williams later came up with the Spanish variation “Pantalon” as well as “Flaco” meaning slim in Spanish. Elsworth’s height naturally led to a fondness of sportsmanship where he played football (soccer) and, of course, his position on the pitch was that of goalkeeper.

Although he was academically gifted,  after leaving primary school Elsworth immediately sought and found work variously within the village of Mango Creek. First as a messenger with the Belize Estate and Produce Company Limited (BEC), then at the Savannah Forest Station and  later with Pine Harvesters Limited. Elsworth was ambitious and he began to develop his skills in metalwork by learning welding and fabrication at the Hercules Construction Company in Mango Creek.

Always the adventurer and explorer, by 1966 Elsworth traveled north to seek work in the thriving Belize sugar cane industry at Libertad Sugar Factory in the Corozal District. It was there that he mastered his calling and life-long love for metal welding. Through dedicated practice, Elsworth quickly honed his welding skills to such a level that he soon acquired a reputation for neatness and precision, both coveted qualities in the profession. After two years in Libertad, he relocated to Belize City, the business center of the Country, to join the famous Lindo’s Construction Company as a welder. Perhaps a highpoint in Elsworth’s metalwork career in Belize was when he gained employment by a USA shipbuilding company, Robinson Point Shipyard, that had set up a shipyard on an island  situated some nine miles offshore and east of Belize City named Robinson’s Point. Throughout the 1970’s, Elsworth continued to work in the field having been in the employ of Arthur Hoare Boatyard and  the renowned Barney Isaacs Welding Shop on North Front Street in Belize City.

While engaging in his career pursuits, Elsworth never forgot his filial duties and responsibilities. It was Elsworth who provided a home for Dennis and Leonard, when they relocated from Stann Creek to Belize City after completing high school to seek their respective fortunes. Elsworth also later persuaded Llewelyn to join them and provided a home on Gibnut Street and later at No. 5 Barnett Street which eventually became the family home in Belize City for some 10 or more years. His immediate younger siblings are forever grateful for the security and opportunities that Elsworth provided.

To his younger brothers Pants was the “coolest cat” to ever walk the earth, never flustered and spoke with a smooth drawl. Pants loved whistling and jazz music, in fact, he introduced the family to jazz including some of his favorite songs and artists such as Brubeck’s version of “Take Five”, Ellington’s “Take the A Train”, Rollins, Miles and Coltrane. Apart from music, he also loved horse racing. The brothers cherish the memories they made with Elsworth in Belize and remember frequent family trips on Sundays to Butcher Burns and Gracie Rock.

In 1975, Elsworth became father to his first daughter, Carolyn Willis. She was the joy of his life; however, being the ambitious man he was, he migrated north once more, this time to the Los Angeles, California in the United States where his mother Alice was also living and working. Although Carolyn eventually joined him, the two remained physically separated for a considerable time. During that time, Elsworth never wavered in his support and affection for Carolyn and the rest of his family while he worked to establish himself in the USA. His dedication to family is captured by his daughter Carolyn who recalls that he was always there for her, no matter what.

In his early life in the USA, Elsworth finally pursued his further education at Manual Arts High School and later obtained an AA Degree in Drafting from La Salle University in Chicago, Illinois. Shortly after his arrival in Los Angeles Elsworth also met and eventually married his wife Vivian Willis nee Mays, fondly known as Tina, in 1982. Together they raised their daughter, Wanda Eddington Harris. Later in 2009 his other daughter Carolyn and her children also migrated to the USA.

Once settled in Los Angeles, Elsworth continued his long career as a welder at Challenge Cook Brothers from 1979 to 1981 and then moved on to Grant Oil Tool Co. from 1981 to 1984. Being an ambitious and talented person, Elsworth sought a career opportunity at Fibernetics Molded Products in 1984 as a Facilities Manager where he worked for 23 years before transitioning over to Young Steel and Tube for another three years. The Great Recession of 2008 had a long-lasting effect on the US economy and forced many including Elsworth into an early retirement. However, Elsworth was not the “rocking chair and early bird special” kind of guy and after a short two years of retirement, he returned to work at STC Plastics Inc. until his untimely passing.

The Willis/ Ysaguirre family continued to grow after Elsworth migrated to the United States as more of his siblings also migrated north. The family being close knitted, enjoyed many a family gatherings and dinners. As Elsworth’s mom, Alice, was known for her cooking, these gatherings would often feature her delicious Belizean cuisine.  Without a doubt, Elsworth, would never miss a family gathering where he would bring joy to the occasion with his cool vibe. Elsworth also visited Belize for special family occasions. In fact, some of his brother Leonard’s happiest and fondest memories are of him dancing with the brothers and the family at his niece’s wedding; and a few years later at his mother’s 85th birthday party, both in Belize.

1) If you haven’t already, please make sure to download the Zoom app. on your computer/phone prior to the meeting: https://zoom.us/download

Dial by your location 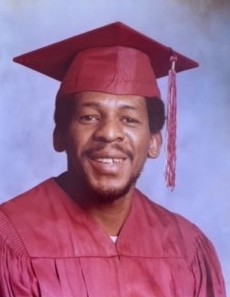