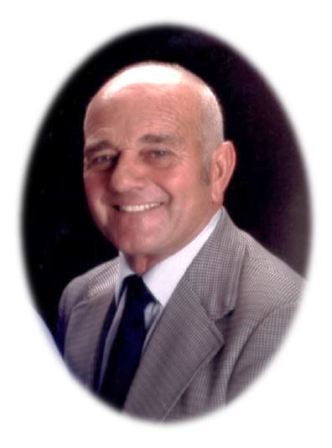 Elmo Ambrose "Mo" Turpin November 17, 1924 – September 16, 2016 Elmo Turpin passed away with his children around him on September 16, 2016 in Torrance, California, as the result of a heart attack. He was two months shy of 92. Elmo was born November 17, 1924 in Holland, Arkansas, to Bernice May and Carl Ambrose Turpin. He moved to Redondo Beach with his parents and four sisters when he was six years old. His parents divorced soon after, but Mo grew up as a pier rat in Redondo … swimming, diving and causing general havoc. He attended Redondo Union High School, but left at age 17 to enlist in the Navy. He served in World War II as a Machinists Mate Second Class on board the USS Concord and the USS Kendall C. Campbell, and was honorably discharged in 1945. He went back to high school to obtain his GED and this was when he met the love of his life, Betty Louise Burke. They married in June 1949 and bought a home in Redondo Beach where they raised three children. Elmo was called back into service during the Korean War (1951-1952), and served on board the USS Bayfield. Mo (also known as "Turp") found his calling in construction and built and remodeled homes throughout the South Bay for more than 40 years, initially as a framing carpenter and then as a general contractor. He was a sailor at heart and loved anything to do with boats and the ocean, taking the family on day-trips to Catalina Island whenever he could. Summer vacations were spent at the Colorado River with family and friends. He and Betty eventually purchased a small vacation cabin at Lake Mojave where he loved to water ski (scaring everyone with his daredevil antics), fish, swim, putter around with the boat, and take in the gorgeous sunsets. He enjoyed watching old movies (John Wayne and old Hollywood musicals were particular favorites) and playing billiards, was an avid photographer, and relished telling silly jokes. Elmo was preceded in death by his wife of 43 years, Betty. He is survived by his youngest sister, Joann Allen, his three children, Diane Wiley, Denise Larkin (Patrick), and Mark Turpin (Leslie), along with his three grandsons, Matthew, Samuel, and Tyler (Samantha) Turpin. He was smart, funny, generous, courageous, and loyal … an honorable man. Family services will be private. "This be the verse that you 'grave for me: Here he lies where he long'd to be; Home is the sailor, home from the sea, And the hunter home from the hill." ~ Robert Louis Stevenson