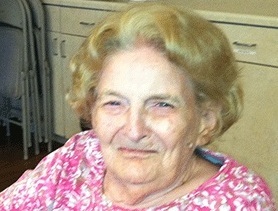 Elizabeth "Betty" Margaret Taylor-Origel Loving mother and devoted wife passed-way June 4, 2015. She was born in Chicago July 27, 1930 to Elizabeth Burckel Taylor and Albert Taylor. After her father passed way she moved to Los Angeles with her mother, brother and sister. She met and after a brief courtship married Henry Valadez Origel January 7, 1963. While living in Torrance, California they had three children Michael, Renee and Bettina. Betty was a traditional homemaker, occasionally working part-time; though taking care of her three children was her primary focus. Tragically her husband Henry was killed in an accident in June of 1978. As a devoted wife she never considered remarrying and remained focused on raising her three young children. She always put her children before anything and did her best to provide a stable and loving home for her family. Betty held family above everything else and treated Henry's children from a previous marriage as her own. She is survived by her five children, daughter-in-law, three son-in-laws, and six grandchildren. After succumbing to myriad of health related problems she is finally at peace and will be laid to rest at Holy Cross Cemetery in Culver City next to her husband Henry.