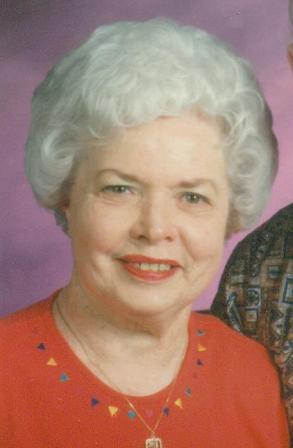 Elizabeth Jean Jackson was born on July 22, 1930 in Los Angeles and passed away July 7, 2016. Elizabeth was raised in Los Angeles, went to St. Mary's Academy in Los Angeles and graduated from the University of Kansas in 1952. She was a 54 year resident of Torrance, CA. Elizabeth was a devout member of St. Catherine Laboure Catholic Church and a beloved lab technologist at Daniel Freeman Hospital where she worked for over 40 years. She was an avid Dodger fan and season seat holder along with her family. She enjoyed knitting and needlepoint. In her retirement Elizabeth and her husband enjoyed taking cruises all over the world. Elizabeth is survived by her husband Stanley Jackson, son Jon (wife Kristina), daughter Suzanne, son Martin (wife Victoria). She has eight grandchildren and six great-grandchildren. She was preceded in death by her parents Daniel and Marion McKie and brother Daniel McKie. A gathering of family and friends for her Viewing and Rosary will be held on Friday July 22, 2016 from 5:00 pm until 9:00 pm at Rice Mortuary. The Funeral Mass will be held at St. Catherine Laboure Catholic Church on Saturday July 23, 2016 at 10:00 am. A reception follows in the Lighthouse Reception Room at Rice Mortuary from 12:00 pm until 2:00 pm. In lieu of flowers, donations may be made in her memory, to the Alzheimer's Association www.ALZ.org.