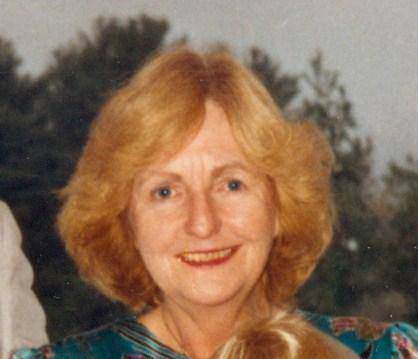 Elizabeth Campbell Smith, a 56 year resident of Rancho Palos Verdes, passed away on Friday June 22, 2012. Born in Dedham, MA, Elizabeth was 81 when she died. Elizabeth was a member of St. John Fisher Church. She was a graduate of Catherine Gibbs Secretary School in Boston, MA. The highlight of her career was with Continental Airlines during the "Golden Age" 1971-1983. She later became the Executive secretary to the President of Western Federal Credit Union. Elizabeth's love of travel led her to many international destinations. She was a Trustee for the Emerald Club associated with the San Pedro Elks Lodge. Elizabeth was very devoted to her family. Elizabeth is survived by husband, George Smith; son, Mark Smith; son, Eric Smith of Saint Paul, MN; daughter, Valerie Smith; grandson Sean Smith and granddaughter Isabella Smith. She was preceded in death by parents, Ada and John Campbell and son Steven Smith. A Graveside service will be held at Green Hills Memorial Park on Tuesday June 26, 2012 at 2:00 pm.