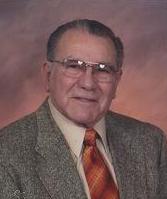 Elfrego (Al) Polanco, a resident of the South Bay for over 49 years, passed away on Friday, December 16th, 2011. Al was born to Adalberto Elfrego Polanco and Consuelo Neira - Polanco on July 11, 1930 in Saginaw, Michigan. As an infant, Al's parents moved to Saltillo, Mexico where he spent his childhood years. Later, as a young teenager, he and his family returned to the United States and lived in Texas and Northern California, where he worked as a field laborer picking cotton and seasonal fruit. He also worked as a carpenter in a furniture factory. After many hard years working as a field laborer and carpenter, Al enlisted in the United States Army. His tasks included cooking, sharpshooting, and the position of Sergeant. On January 19, 1957, he married Maria Helena Rabbat, and was later blessed with four children. Al worked as a welder for various Aerospace Companies for 45 years until his retirement. He enjoyed music, movies from the Golden Age of Hollywood (Universal Monsters) and The Golden Age of Cinema Mexicana. Throughout his life, his pastimes were watching boxing matches, soccer games (World Cup), swimming, camping, and world traveling. As a member of Hope Chapel Hermosa Beach, he attended weekly services, he taught Children's Sunday School and was a part of a small weekly church group. He is survived by his wife Maria of 54 years; his son Alfred Daniel Polanco, his daughter Marisela Eva Di Pietro (Polanco), his son Victor Hugo Polanco, and his daughter Veronica Cristal Mera (Polanco); his grandchildren, Albert Polanco, Sergio Di Pietro, Giorgio Mera, Gizelle Polanco, Giovanna Mera, Sofia Mera, Victor Polanco II, and Marco Mera. Husband, father, grandfather, brother, and friend, you will be greatly missed. Visitation will be held at Rice Mortuary (Torrance Blvd) December 27th 5:00-9:00 p.m. Memorial services will be at Hope Chapel, Hermosa Beach on December 28th at 11:00 a.m.